Why Trump Should Release The SPR Oil Reserves – ValueWalk Premium

Why Trump Should Release The SPR Oil Reserves 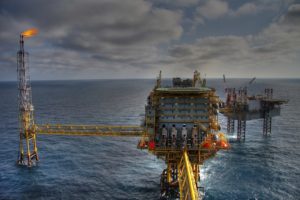 The speculators are at it again in the oil market, pushing up prices beyond the fundamentals. Sure the market is tighter than it was two years ago, but one look at gasoline inventories tells you there are more than ample petroleum supplies. In fact we have more gasoline inventories than a year ago, and we still have over 400 million barrels of oil in storage with both saudi arabia and russia now free to increase production limits going forward, something russia has been chomping at the bit to do the last year of the OPEC deal. Throw in the US Oil production near 11 million barrels per day at all time record levels, and things are not near as tight in the oil market as the oil bulls would have you believe right now.

How do you know there is a bunch of rampant speculation in the oil market beyond the fundamentals, just look at how many speculators ran from the market in front of the most recent OPEC meeting. We dropped from $72 a barrel all the way down to $64 a barrel in two weeks, most of the move coming in five short days. Why this is important is that nothing changed in the fundamentals during those five days or two weeks, what changed was event risk for the oil speculators. Rampant over speculation is nothing new in the oil markets, and is part of the problem with oil markets in general. Once the new money starts flowing into a market it brings in a lot of oil tourists causing prices to rise above the fundamentals. This happened in 2007 right before the economic collapse, and is helping further set the stage for the next economic collapse. Trump realizes the fact that higher gas prices offsets his tax cuts, and serves to undermine his stimulus boost for the economy.

And let's face it Donald Trump and the Republicans best argument going into this November`s midterm elections is the economy, and higher oil and gas prices start biting into this argument. Donald Trump reached out to Saudi Arabia this weekend, and I am sure he will do the same with Russia as well in a couple of weeks with the Putin Summit. OPEC is going to increase production and some of the most recent oil outages are going to come back online. However we are in the heart of the summer driving season and refiners are maxing out utilization rates leading to more demand for oil from a seasonal standpoint. All of which will normalize again in the fall as refiners cut back demand for oil as they lower utilization rates, and some even go into maintenance mode as demand for oil is reduced in the market. The market could actually look rather bloated again in the fall if the US Production crosses over the 11 million barrel threshold, and Saudi Arabia and Russia both increase production rather dramatically.

The problem for Trump and the Republicans is that with the political environment as it is today the democrats are going to come out to vote in record numbers this November, and every day that higher gasoline prices hinder economic growth and cause a rise in the inflation numbers this is bad for Donald Trump and the Republicans main fallback argument in the great economy which they created. Higher gas prices and higher inflation are always bad for politicians, and Donald Trump understands this relationship.

If Donald Trump is smart he will release 100 million barrels of the Strategic Petroleum Reserves on the market ASAP and drive the oil speculators out of the market, causing oil and gas prices to plummet, and thereby stimulating the economy all over again with a massive tax cut for all consumers. This should play well for the voters as Donald Trump will have positively affected their collective pocketbooks with lower gas prices. This would actually be pretty smart because we would be selling reserves at near the top of the market, and we could buy them back in the future at much lower prices during the next economic recession. Plus with large global storage these days and massive diversified global production, with the US alone producing near 11 million barrels per day with the capabilities of going much higher in the future. The Strategic Petroleum Reserves aren`t near as relevant as they were back in the day when the United States got most of their oil from the middle east and basically stopped domestic oil production for all intents and purposes. A 100 million barrels release from the SPR will be meaningless in terms of government inventory levels given that we are at near record storage levels now at 660 million barrels in storage, and there was talk that Congress wanted to do this anyway because they wanted the funds for alternative uses. This would be a win win for the Trump administration and the Republican party, and of course all consumers at the gas pumps.

When a company’s credit default spread widens, stock investors should watch out, particularly if a company is experiencing the second spread widening. This is the conclusion of a new... Read More 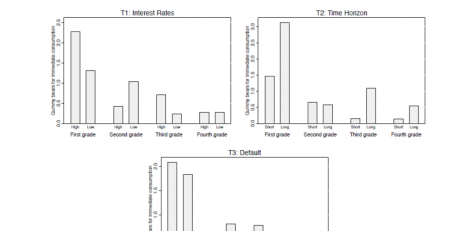 Bear markets beget portfolio losses, unhappy clients and, sadly, lawsuits against advisors. If you relied on any of the popular risk tolerance products to construct that portfolio, here’s how... Read More

With CBOE VIX index falling to the rare 9 level on Monday, there is significant consternation over the abnormally low level of the volatility. However, Bank of America Merrill... Read More