Yum! Brands, Inc. (NYSE:YUM) is the latest brand to be associated with the European horse meat scandal.

On Friday, the company disclosed it had found horse meat in its UK Taco Bell oulet. The company said via The Los Angeles Times that it was “very disappointed to learn that some batches of ground beef” from a European supplier had “tested positive for horse meat.”

It has three Taco Bells in the region.

Taco Bell said in a statement, “We immediately withdrew ground beef from sale in our restaurants, discontinued purchase of that meat, and contacted the Food Standards Agency (FSA) with this information.”

The FSA, a British regulatory unit, said on Friday that after conducting 1,797 tests conducted over the last seven days, 99%-plus had returned negative for “noticeable'” levels of horse meat.

Earlier this week, news of contaminated meat had been found in European products sold by such companies as Ikea, Burger King Holdings, Inc. (NYSE:BKC), Tesco Corporation (NASDAQ:TESO) and Nestle SA (VTX:NESN) – just to name a few. At the time, horse meat had allegedly been sold as beef. It appears limited to Europe, however, the IKEA took a cautionary approach.

On Tuesday, the company said it would add Hong Kong, Thailand, and the Dominican Republic to its list for suspended Swedish meatballs after it did so in 21 European countries.

As for worries about the popular Taco Bell chain carrying horse meat in its U.S. venues, it reaffirmed worries with the statement, “Our domestic restaurants have not been, and will not be, impacted because we do not use any meat from Europe. We stand for quality and we use 100% premium beef. Like all beef in the United States, ours is USDA inspected and then passes our own 20 quality checkpoints.”

It's been a rough week for Yum! Brands as it kicked things off on Monday by getting rid of some smaller China poultry suppliers to improve its food safety standards, after discovering in January that Chinese KFC chickens had been injected with antibiotics.

It has launched new quality control guidelines in the hopes to regain public trust in the brand after January KFC China sales fell from reports of the antibiotics. This is a key country for Yum! Brands as about 42% of its profits comes from here.

The company held a press conference in China on Monday with Sam Su, chairman and chief executive of Yum! Brands, Inc. (NYSE:YUM)'s China division, speaking in a rare public appearance. Su noted that the company depends on small-scale farms for its chickens and they are sensitive to risk.

He said via The Wall Street Journal, “We have been in China for many years now, so we can't say that we haven't known this. But this situation is very complicated and it cannot be fixed with an apology.”

Su later said that Yum is also working together with international poultry suppliers and will assist them in either accessing the Chinese market or investing in the country's domestic suppliers for improved quality.

Between Trump and Sanders, who is worse for stocks? It might not matter, as both are significantly terrifying to investors, and unfortunately this is not an April Fool's joke, neither... Read More 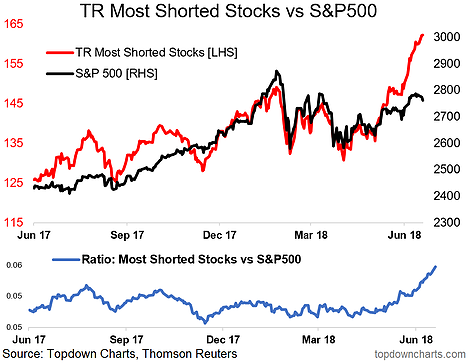 Trend-Following, Risk-Parity And The Influence Of Correlations