Three senior executives at Apple Inc. (NASDAQ:AAPL) took home $150 million between them in the last week after stock they held since 2008 became unrestricted. The stocks were given to some of the company's senior personnel four years ago but were restricted until last Saturday. When the stocks were first issued . . .

Elliott 'Accused' Of Receiving Higher Price Than Other Investors

In an unusual twist on the activist investing playbook, Paul Singer's Elliott Management was able to talk its way into receiving a higher price for a bonds than other bondholders... Read More

Valeant Pharmaceuticals Intl Inc (NYSE:VRX) (TSE:VRX) raised the stakes in its hostile bid for Allergan, Inc. (NYSE:AGN), to $58.30 per share, bringing the total bid to $166.16 per share... Read More

Large corporations do a good job of creating new products and technologies, but do a poor job of creating good jobs for Americans or growing the US economy, according... Read More 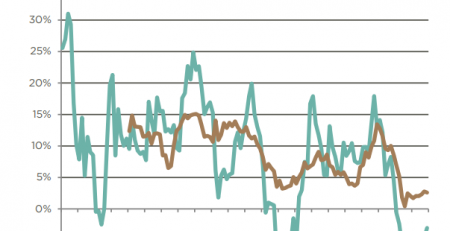 After an incredibly impressive 12.9% return in November and a 4.8% return in December, KG Investments Fund finished 2020 with a total positive return of 15.7%, slightly underperforming the... Read More

Standard & Poor's, the only ratings agency charged by the US government with fraud over its ratings of mortgage-backed securities that ultimately imploded the economy in 2008, is seeking... Read More

This article was updated at 2:45PM EST on 11/22/2019 with more details Did Fed policy just kill another famous macro fund? Moore Capital is making a big change after a disappointing... Read More

DG Value Partners was up 1.06% for June, although the fund remains in the red year to date. DG Value is down 7.46% net for the first half of... Read More

Rip-Off: How Private-Sector Health Costs Are Killing the American Dream

Rip-Off: How Private-Sector Health Costs Are Killing the American Dream (via Moyers & Company) Part one of this series, “The High Cost of Low Taxes,” noted that while Americans enjoy... Read More