Perhaps one of the most acrimonious battle between a sovereign nation and hedge funds over debt is likely to end shortly, speculate sources close to negotiations taking place between Argentina and hedge funds. Argentina recently publicly announced it would be delivering a proposed debt deal to creditors January 25, and sources expect the new "right-wing" government to have as a top priority mending fences with the international finance establishment, providing benefit to bond holders who had been fighting over the debt. How . . . 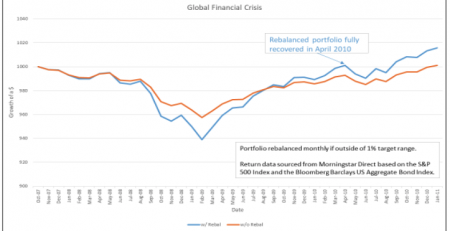 The Impact of Rebalancing on Risk, Returns and Recovery

Why do these two artistic graphs give professional analysts something to worry about? Because they represent the correlation of initial and continuing claims figures with the employment conditions, and... Read More

Charlie Munger recording from the Daily Journal Meeting in Los Angeles - 2015 Get The Full Series in PDF Get the entire 10-part series on Charlie Munger in PDF. Save it... Read More

Exponentially increasing publication rates mean that scientists can’t pay attention to everything, even in their own fields Read More