Berkshire’s BNSF to spend $3.9 Billion on its Rail Network

Burlington Northern Santa Fe Railway Company (BNSF) plans to spend $3.9 billion on network upgrades this year. The railroad, owned by Warren Buffett’s Berkshire Hathaway Inc., says that its capital spending plan is an increase of $400 million over its 2011 allocation of $3.5 billion. As the economy shows signs of improvement and revenue from freight traffic increases, the major freight railroads of the country, which include BNSF, together plan to spend about $13 billion this year, an increase of $1 billion from the previous year. The investment will “ensure our . . . 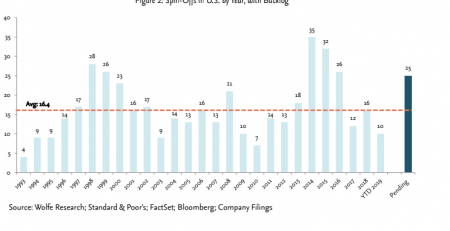 Carlson Capital's Black Diamond Arbitrage Partners was up 1.63% net for the third quarter, bringing its return for the first nine months of the year to 4.33%. Merger arbitrage... Read More

Dov Gertzulin’s DG Value Partners returned approximately 9.1% in the quarter ending June 30, according to a copy of the firm’s second-quarter letter, which ValueWalk has been able to... Read More

The Rise Of The Intangible Corporation

Over the past few years, it has become commonplace among the world’s largest corporations to stretch the rules of accounting as far as possible to squeeze every last dollar... Read More

Nick Robins and Alexandra Pinzon: Understanding The Dependence Of Sovereign Debt On Nature

As one of the survivors of the dot-com era, Amazon.com, Inc. (NASDAQ:AMZN) has been living proof that investors will put up with losses almost indefinitely as long they believe... Read More

Thanks to new regulatory and legislative requirements, the volume and complexity of reporting have impacted the entire asset management industry, particularly for fund of funds, notes PwC. In its report... Read More

Chinese Missile Tests Show It Can Hit Anywhere In U.S.