Brexit Could Lead To More QE For The UK – ValueWalk Premium

The UK could be the next largest developed economy to embark on further aggressive monetary easing; that’s according to a Global Macro Strategy research note published by UBS earlier this week.

According to the Swiss bank, there are signs that the UK’s economic growth could slow further this year after a broad-based slowdown was reported during the first quarter. Although the UK economy has recorded 13 successive quarters of economic growth, the four quarter average slowed during the first quarter of 2016 to its weakest pace since Q1 2013.
Slowing growth ahead of Brexit
The . . .

It seemed only a matter of time before investor sentiment caught up to investment performance in 2017, and that appeared to happen in June. While the industry is firmly... Read More

In a bid to discourage theft, a law requiring smartphones to have a "kill switch" just passed the California Assembly Thursday morning. Smartphone kill switch bill passed in California If signed... Read More

I remember when the Dow Jones Industrial Average hit 10,000, both going up and going down. It was a lot more fun going up, especially the first time. The... Read More 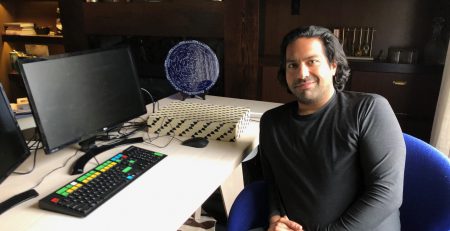 When investors are looking for a hedge fund to invest their money with, they usually look at returns. Of course, the larger the positive return, the better, but what... Read More

Here’s a great video with Charles Munger and Warren Buffett at the 2005 Berkshire Hathaway shareholder meeting in which they discuss the moral distinction between buying a stock and... Read More

When the U.S. dollar began its multi-month bull run in July 2014, it almost kick-started a wealth of “deflationary” price action across other asset classes, such as commodities and EM currencies,... Read More