Moody's Ratings Agency released a report today on the state of the oil and gas producer Chesapeake Energy Corporation. The company is facing several problems at the moment including a significant gap between its income and expenditures. In order to pay the loans that the company has taken to sustain its existence the firm is attempting to sell assets.

Moody's puts a figure of $7 billion on the amount Chesapeake will have to raise from asset sales in order to meet its agreements . . . 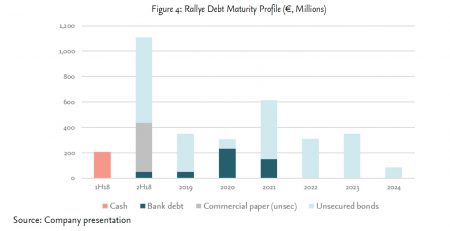 Over 80% of investors revealed that assessment of past performance is a key factor when conducting due diligence on private equity fund managers, notes Preqin’s recent survey. In its “Private... Read More

Industry-wide net charge-offs declined 9 bps in the first quarter of 2014, reaching their lowest level since 2007, notes Barclays in their recently published analysis of U.S. Large-Cap and... Read More

No, you should not "sell in May and go away"

“Sell in May (and buy back in November) has 'worked', but the hit rate is often poor: The return for most risk assets between May and October has been... Read More

Martin Whitman: The Importance Of Buying Cheap, Or Well Below Fair Value

When Jim Chanos called China Dubai times 1000 in 2010 ago many chuckled - now that opinion has slowly become the consensus or at least a matter of serious... Read More