Dan Switzen, 44, is likely to be viewed from several perspectives. The CNBC director, whose lawyer called him a “very decent family man” after getting accused of “unlawful surveillance” by police in upscale Westchester County, might have gotten bored filming Suzie Orman during a decade-long run. Or perhaps he tired of filming Tyler Mathisen and Brian Sullivan during segments of “Power Lunch.”  Instead, he turned his attention to the family’s au pair and her friends changing while otherwise engaging digital surveillance to record private . . .

Friday's top-line employment number came in at +248K, about 38K above what analysts were expecting. The report led some Wall Street economists to label it "the perfect employment report." Was it? ... Read More

Markets go up, and markets go down – sometimes in a dramatic fashion that can fool investors. Wednesday’s price action in the Bitcoin was quite cryptic. After starting the... Read More 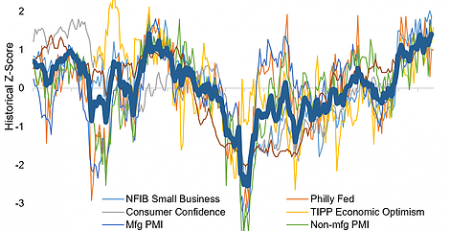 With markets breaking down around the world, it seems it's all gone wrong and all news is bad news. But I thought I would highlight one good-news chart worth... Read More

Bond king Bill Gross opened a Pandora’s box when he decided that the “cult of equity is dying.” Citing a record low-interest policy from government as one of the main... Read More

Soros Fund Management LLC, the hedge fund headed by billionaire investor George Soros, increased its stake in Penn Virginia Corporation (NYSE:PVA) to 6,003,509 shares or 9.18% based on its... Read More