Is freedom to protest starting to emerge in China?  Or will any questioning of the Beijing government and decent in their policies towards unprecedented air pollution be squashed?

Tiananmen Square protests
Against a backdrop of the recently commemorated anniversary of the Tiananmen Square uprising comes a more peaceful protest.  A new mobile phone launched in China helps users track factories in China that are ignoring air pollution laws.  The application shows . . .

What activist were up to this week. Don't forget to check out our premium activist investing strategy and sign up for our daily newsletter here. News - Barington Capital sent another letter... Read More 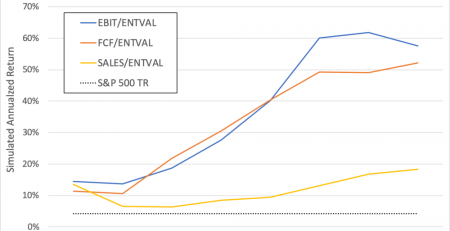 Euclidean 3Q19 Letter: What Matters Is What Is Yet To Come

Euclidean Technologies letter to investors for the third quarter ended September 30, 2019, titled, "What Matters Is What Is Yet To Come." If you use Google’s email service (Gmail), you... Read More

How Much Will The Market Return? Just Count Graham Net-Nets

This may be an inappropriate question to ask at a time when the S&P500 is ruling near all-time highs. Yet, it is always better to keep first principles in mind,... Read More

Why are activists going after CEOs more?

A boom in large cap situations in 2017 hides a complicated picture for activism as dedicated funds targeted fewer companies. More than ever, activism looks like a tool destined... Read More

Don't Pay TOO MUCH Attention To The Fed!

Don't Pay TOO MUCH Attention To The Fed! by Joao Alves, Ahead Of The Crowd “Every great magic trick consists of three parts or acts. The first part is called... Read More

A Third Of ‘Mass Affluent’ Feel Guilty For Not Investing More

Value investors often point to the complementary roles of fear and greed in creating market distortions and investment opportunities, but they might want to add another emotion to the... Read More

The Pissing Contest That Is Nelson Peltz vs. Jeff Sonnenfeld

The Pissing Contest That Is Nelson Peltz vs. Jeff Sonnenfeld by Activist Stocks Over the past couple of weeks, the Yale School of Management professor, Jeff Sonnenfeld, has been taking... Read More