During this year’s earnings season, South Korea investors saw major businesses significantly raise dividends. Many companies increased dividends despite softer earnings for 2015. Overall, dividends from 2015 earnings grew 20%. While surprising, this was somewhat expected when President Park Geun-hye’s administration rolled out new legislation in 2014 to discourage Korean corporations from the practice of hoarding cash by . . .

In its continuing effort to fight fraud that is all too common in the micro-cap market, the Securities and Exchange Commission has charged eight people with fraud in a... Read More

It seems like yield-starved investors have failed to translate meaningful messages from the failed Petrobras 100-year bond. In a nation just to the east of Brazil, Argentina, perhaps best... Read More

Royal Caribbean Cruises (RCL) has been pummeled by the market downturn resulting from the coronavirus scare. The stock is down over 30% in the past month and roughly 40%... Read More 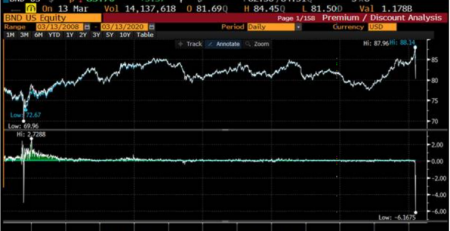 The Dow Jones Industrial Average 2 Minute (INDEXDJX:.DJI) Index is the only stock market index that covers both the second and the third industrial revolution. Calculating share indexes such as... Read More

Billionaire vocal fund manager Crispin Odey built his reputation by successfully predicting the financial crisis and profiting as the value of UK bank stocks collapsed during 2008 and 2009.... Read More

This is the second part of a short series on an interview with Himalaya Capital's founder and manager Li Lu. Part one is here: Li Lu: Warren Buffett's "Indifference" Towards Making Money Is... Read More

Joe Carlen, author of the acclaimed The Einstein of Money is out with a new book, A Brief History of Entrepreneurship. Joe's guest post followed by full bio at... Read More