Was George Soros Right About China vs. US – World War 3? – ValueWalk Premium

Was George Soros Right About China vs. US – World War 3?

When George Soros predicted war with China on May 27, 2015, he didn’t exactly know when that event would occur. All he said was he had a reasonably good sense it would occur over a reasonably close time horizon. Enter recent news that Chinese fighter jets recently intercepted a US aircraft in an “unsafe” manner while the play was on routine patrol over the disputed . . .

The Canyon Value Realization Fund (CVRF), the $6.7 billion fund managed by Canyon Capital Advisors LLC, lost 0.55% in July bringing it to a 4.7% gain for the year... Read More 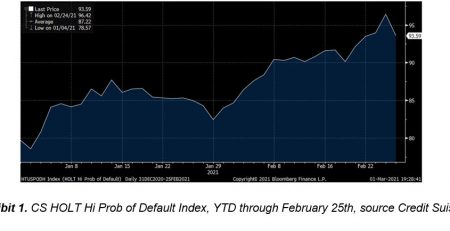 2014 could be a record year for Tech IPOs

Continuing the momentum witnessed in Q4 2013 and a strong pipeline of technology companies, 2014 could surpass even pre-financial crisis global tech IPO activity, notes PwC. In its report titled:... Read More

Discovery Of Alien Life "A When, Not An If," Says NASA Scientist

NASA scientists expect to find evidence of alien life in our lifetimes, possibly in the next ten years Read More

Canyon Does Some Bottom Fishing During October's Volatility

Howard Marks Takes On Volatility As Measure Of Risk