More than twenty years ago when I was a young Army intelligence officer fresh out of the academy, my commander summoned me to his office one afternoon because he had a ‘special mission’ for me.

I was beyond excited.

My assumption was that it would be a clandestine assignment to lead one of our unit’s counterintelligence teams in the Middle East. Or perhaps it would be temporary duty as an aide to the commanding general who would be visiting soon.

It was none of the above.

Instead, my commander looked at me and said, “Lieutenant, I need you to plan our unit’s long-term budget for the next ten years, and I want it on my desk this afternoon.”

Aside from the obvious disappointment of being handed such a lame assignment, I was dumbfounded that they would entrust something like budget planning to a 22-year old with zero experience in the matter.

But the task took me all of 15 minutes to complete. I looked at what our unit’s current budget was for that fiscal year… and then I spent a few minutes researching the inflation rate.

According to Yahoo (yes, this was so long ago that people still primarily used Yahoo instead of Google), the projected inflation rate was 2%.

So basically I just added 2% to our spending every year for the next 10 years, and poof, long-term budget complete.

That’s the day I learned how government financing works; quite often the people who come up with these numbers don’t have a clue what they’re doing and base everything on some very simple assumptions about the future.

A few weeks ago, the White House unveiled its own 10 year budget, which forecasts US federal spending into the early 2030s.

This is really interesting… because the Federal Reserve– i.e. the US central bank that is responsible for controlling inflation– insists that they’ll keep inflation at 2% over the long term.

But apparently the White House doesn’t believe its own central bank… because the 10-year Biden Budget assumes an inflation rate that’s, proportionally, 15% higher than what the Federal Reserve promises.

This lack of confidence is pretty remarkable; think about it– the US Treasury Secretary, who would have been instrumental in drafting the budget, used to be the Chair of the Federal Reserve.

So even the Fed’s own alumni don’t believe the Fed when they say that they’ll keep inflation at 2%.

And why should anyone believe the Fed? Inflation has been soaring, yet the Fed has been completely dismissive of it, claiming that inflation is ‘transitory’, i.e. it’s a temporary phenomenon that will eventually stop.

We’ve discussed this before– there is some truth in that statement. But the real issue is far more complicated.

Let’s have a look at what inflation really is–

In simplistic terms, inflation is too much money relative to the amount of stuff in an economy. And ‘stuff’ literally means ANYTHING– a loaf of bread, a brand new Tesla, services performed by your accountant, and even assets like Bitcoin, stocks in the S&P 500, real estate, etc.

There’s a finite amount of goods and services in any economy. There’s only so much property available, only so many loaves of bread that are baked. And there are only 500 companies in the S&P.

Similarly, there’s also certain amount of money– all the combined income and savings of everyone in the economy.

In a market-based economy, consumers and investors make choices about where all that money ends up; they choose to purchase loaves of bread, Teslas, or shares in S&P 500 companies.

And based on the laws of supply and demand, the prices for those goods, services, and assets will rise or fall according to consumer preference.

This is pretty much what the Fed has done ever since the LAST financial crisis in 2008; back then its balance sheet was about $800 billion. Today it’s $8 trillion– 10x bigger.

This means that the Fed has stuffed enormous quantities of money into the economy over the past 12+ years… and especially over the last year.

Since COVID started, the Fed has doubled the size of its balance sheet and expanded the money supply more than any year in US history except for 1943. That’s really saying something.

So- let’s go back to our inflation definition: now there’s are trillions of dollars of new money in the system.

But at the same time, there’s a lot less stuff.

Countless businesses closed, others were forced to shut down, and workers have been paid to stay home.

All of those policies mean less stuff is being produced in the economy.

Some of this really is temporary. Eventually most of those surviving businesses will open, and others will replace the ones which failed. So production will start to catch up.

But longer term, there are a lot of other factors to consider–

1) Tax policy. Remember, these guys want to raise taxes in the US, especially on investors and large companies. In fact their proposed corporate tax rate is 28%.

Yet they’ve just announced a proposal with other nations to set a “global minimum tax” of 15%. So they’re essentially creating a huge incentive for US companies to stop producing in America and head overseas for a lower tax rate. It’s genius.

2) Idiotic COVID policies. We’ve talked about this before– COVID compliance is expensive.

Here’s a great example– a lot of hotels are keeping a used room vacant for 24 hours after a guest checks out to ensure ‘proper ventilation’ before any new guest can stay in that room.

This means that hotels will never be able to operate at full capacity, which will cost them a ton of money. And ultimately those costs will be paid by consumers in the form of higher room rates. That’s inflation.

3) Incentives to NOT work.

This one is nuts; they give people money to NOT work. And then the government complains that the unemployment rate is too high… so they need to continue giving money to unemployed people!

It’s a never-ending cycle that creates major disincentives to produce, i.e. less stuff in the economy.

It’s even dumber than when the federal government gave money to farmers during the Great Depression to DESTROY their crops.

There are so many more examples and trends, each of which makes it more difficult to produce (i.e. less stuff) at a time when there’s more money flooding the economy. That causes inflation.

So it’s no wonder the White House is skeptical when the Fed claims that inflation will be 2%. There are simply too many forces that will keep inflation higher in the future.

That's why we published a new, 50-page long Ultimate Guide on Gold & Silver that you can download here. 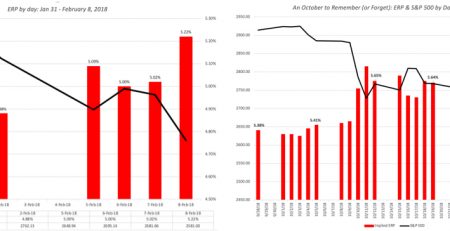 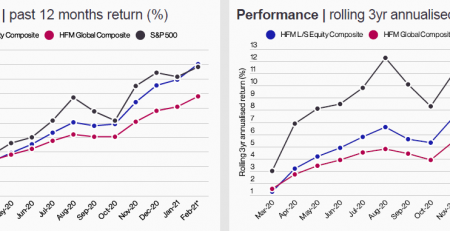