Facebook has found itself in the headlines a lot in 2018, but not for reasons investors are likely to be excited about.

The tech giant battled privacy scandals, policy changes, and dwindling user engagement throughout the year, and in July the company made history with an overnight drop of $119 billion in market capitalization – the single largest drop in U.S. history.

We did today’s chart in conjunction with Extraordinary Future 2018, a tech conference featuring Cambridge Analytica whistleblower Christopher Wylie as a speaker on Sep 19-20 in Vancouver, BC, to show Facebook’s volatile year in perspective. 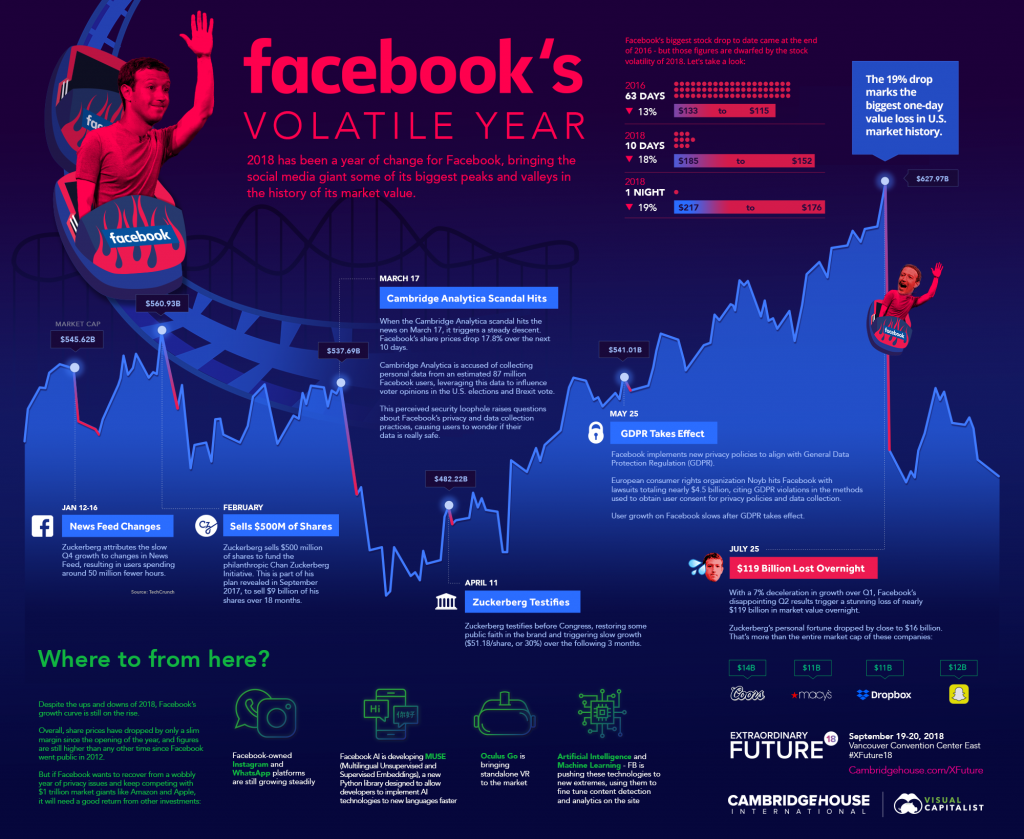 Here is a recap of some of the more major events that prompted volatility so far in 2018:

Facebook CEO Mark Zuckerberg drew attention in September 2017 when he announced plans to systematically sell off up to $12 billion in stock – nearly 50% of his personal stake.

It’s all part of a plan to transfer the bulk of his stake to the Chan-Zuckerberg Initiative. Zuckerberg and his wife Priscilla Chan founded the philanthropic company at the end of 2015 with the stated focus of “personalized learning, curing disease, connecting people and building strong communities.”

Zuckerberg started unloading stock with an initial sale of 1.14 million shares in February 2018 – the biggest insider sale of shares of any public company in the preceding three months. While analysts didn’t see any red flags for the sale at the time, the volume came when the share price needed all the stability it could get.

On March 16, The Guardian and The New York Times published joint exposés reporting that 50 million Facebook user profiles were harvested by Cambridge Analytica without user knowledge. Later estimates pegged that number at closer to 87 million profiles.

Facebook soon found itself the focus of an investigation from the Federal Trade Commission, and published full-page ads in British and American newspapers to apologize for a “breach of trust”. As Facebook scrambled to regain user trust, share values dropped by 17.8% over the 10 days after the scandal broke.

In April, Zuckerberg appeared before Senate to answer tough questions about Facebook’s privacy policies. The CEO’s testimony restored some faith in the stock, and it gained some traction over the next three months, but the damage was already done.

As a result of the rout, Zuckerberg’s personal fortune dropped by nearly $16 billion, an amount that exceeds the total market cap of companies like Dropbox or Snapchat.

Is this the end for Facebook? The halo may have slipped from the social media golden child, but the company may not be in danger quite yet.

The company’s namesake social network is not the only sandbox it plays in, and the company’s diversity is just the thing that might keep Facebook afloat amidst changing social media sentiment.

Facebook’s purchases of Instagram and WhatsApp are paying off, as those platforms continue to grow steadily. Meanwhile, the investment in Oculus Go could be a game-changer for VR, bringing standalone virtual reality systems to the home market. Finally, Facebook is leveraging its main social network as a place to fine tune algorithms and pave the way for new developments in artificial intelligence and machine learning.

Despite Facebook’s challenges in the realm of social media this year, its expansion into other emerging technologies might help the company secure its future. 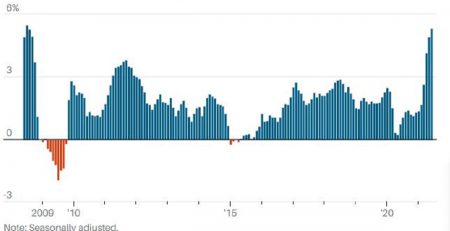