US District Court Judge Bratt made a narrow ruling that focuses attention on the Sweeney court, but ultimately doesn’t change the big picture
Investors in Fannie Mae and Freddie Mac suffered another legal setback today when US District Court Judge Robert Pratt dismissed Continental Western Insurance Company’s case against the Federal Housing Finance Agency (FHFA), FHFA director Mel Watt, and the US Treasury asking the courts to end the net worth sweep and force Treasury to pay back the money it’s already received from . . . 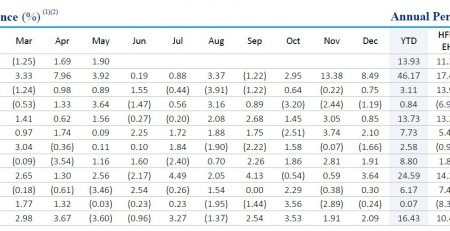 One east coast pension fund is adjusting its bet on Ray Dalio’s Bridgewater Associates. Leaders of the Public School Employees’ Retirement System of the Commonwealth of Pennsylvania (PSERS) have... Read More 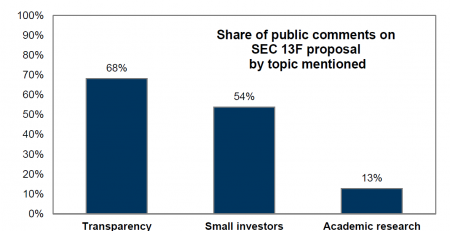 The Securities and Exchange Commission has proposed raising the reporting threshold for 13F filings from $100 million to $3.5 billion. If that proposal becomes reality, it would mean a... Read More

Wall Street Pay And CEO Performance: Who Got Their Money’s Worth?

May kicked off, as always, with the Woodstock of Capitalism in Omaha. 40,000 Berkshire Hathaway shareholders gathered to drink in the wisdom of Warren Buffett and to celebrate his 50th anniversary as everybody’s favorite CEO. This... Read More

Biglari Holdings Inc (NYSE:BH) is facing new resistance from Cracker Barrel (NYSE:CBRL) as the proxy battle at that company continues. The board has decided to implement a 20% poison pill in order... Read More