A Pyrrhic Deal: How Greece’s Creditors Won A Battle But May Have Lost The War – ValueWalk Premium

A Pyrrhic Deal: How Greece’s Creditors Won A Battle But May Have Lost The War

The third Greek bailout is not a solution to either Greece or its creditors. Dan Steinbock explains how the talks led to an unsustainable deal that is likely to ensure subdued growth, debt and unemployment in Greece, and the eclipse of austerity politics in Europe.

On August 11, the Greek government and its creditors agreed on a memorandum of understanding (MoU) on a third bailout. The 29-page document, which was leaked to media a day later, is predicated on broad and deep reforms and a timetable. It seeks to restore “fiscal sustainability . . .

John Malone Talks TV Biz, Presidential Politics And His TCI Regret In Candid Q&A by Cynthia Littleton, Variety It was the bar mitzvah that John Malone never thought he’d have. The... Read More

Arbiter Partners was up 1.2% net for the first quarter following a steep decline in January and a sizable gain in February. In his first-quarter letter to investors, which... Read More 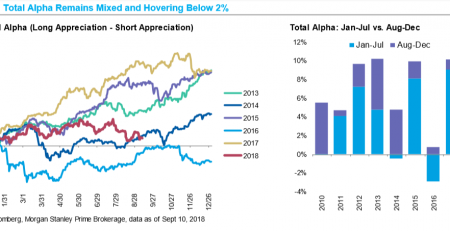 With the S&P 500 up close to 10% year to date, hedge fund managers are having a difficult time finding alpha, a report from Morgan Stanley points out. Hedge... Read More

Apollo Group Inc (NASDAQ:APOL) revealed its earnings numbers for the three months ending September 30, 2013 this afternoon after the market closed. The company showed earnings of 55 cents per... Read More

DG Value Partners was up 3.74% for May. For the first five months of the year, the fund is down 8.43% net, according to the unaudited numbers from its... Read More