Why the G7 May Be Hastening Helicopter Money – Scott Minerd

Why the G7 May Be Hastening Helicopter Money - Scott Minerd, Guggenheim

Why the G7 May Be Hastening Helicopter Money

The G7 countries’ finance ministers recently ended their two-day meeting in Sendai, Japan, without an agreement on any economic policy issues, including those surrounding the recent sharp appreciation of the yen. The unwillingness of policymakers to address Japan's fervent appeals for exchange rate intervention may inadvertently hasten the implementation of helicopter money by Japan and other industrialized nations.

Tiger Cub Off To A Roaring 2017 Thanks To Bezos

In the convergence of media and technology, there are investing opportunities that are occurring as a structural shift is underway. The potential to catch the next big stock that... Read More

The Bureau of Labor Statistics announced labor figures for the month of March today. The figures showed that 120K jobs were added in March. The unemployment rate has remained... Read More

Warren Buffett On The Dangers Of Using Complex Math In Investing

When he's trying to figure out if a company is a good investment, Warren Buffett does not rely on complicated formulas, spreadsheets, and higher-level math. He believes higher mathematics... Read More

In the late 1960s, Warren Buffett decided that he was going to shut down the investment partnerships he had been managing since he returned from working with Benjamin Graham... Read More

When reading Aristides Capital September 4 letter to investors, sent to sometimes ignored email boxes over the Labor Day news dump weekend, the mindset of a hedge fund during... Read More 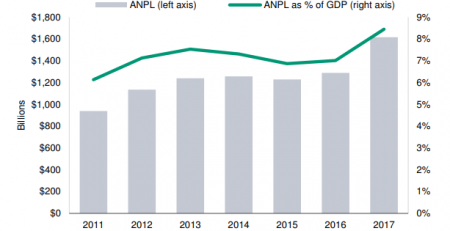 Pension funds' performance figures have come under fire over the past few years. Most of these funds are struggling to hit their targeted annual return, despite strong equity markets.... Read More