Internal Revenue Service spent about $50 million to hold at least 220 conferences for employees between 2010 and 2012, according to a report by the Treasury Department.

The chairman of the House Committee, Rep. Darrell Issa, R-Calif also released excerpts of congressional investigators’ interviews held with IRS employees in Cincinnati. The chairman also indicated that the interviews highlighted the IRS employees were directed by Washington to subject tea party and other conservative groups . . .

The Securities and Exchange Commission has relaxed a rule that now allows Citigroup Inc (NYSE:C) to sell hedge fund investments to sophisticated wealthy investors.  The move comes despite the... Read More

How Apple Inc. Is Going The Way Of Louis Vuitton?

The last several months have revealed two interesting things about Apple Inc. (NASDAQ:AAPL). One - an apparent slowdown in innovation - has been widely discussed. The new Macbooks, iPads... Read More

Will Ex-JPMorgan CIO Ina Drew be Hurt by ‘clawbacks?

There’s a difference between allowed to retire and being fired ‘with cause’ – a $21.5 million difference in the case of JPMorgan’s Chase & Co. (NYSE:JPM) former Chief Investment Officer, Ina... Read More 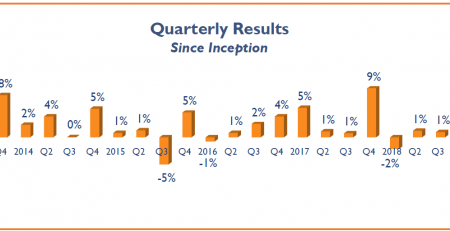 The Blackstone Group L.P. (NYSE:BX) has agreed to sell its share in Broadgate, a large office complex in London, today according to a report from Bloomberg. The sale values... Read More

Forecasting Bias: From Weather to Wall Street by David Foulke, Alpha Architect Providers of forecasts often want to be right, but they also don’t enjoy surprising people on the downside.... Read More

BAML has some bad news for Andy Hall regarding crude oil prices OPEC’s production agreement looks solid but the upside for Brent and WTI is capped at around $60 a... Read More