The year that was 2015 was odd for several reasons, Baupost's legendary value hedge fund manager Seth Klarman noted in a recent letter to investors reviewed by ValueWalk. For one, the hedge fund didn’t generate a profit, a historical oddity regardless of the market environment. But 2015 was clouded by an unusual haze, as if a dependent drug fed intravenously was about to be withdrawn from the system.

The hedge fund with among the highest win percentages takes a strike
The Baupost Group, the Boston-based $27 billion hedge fund that finds value not only in public stocks but also private deals that sometimes require financial heft, was down -6.7% in the publicly traded portfolio 2015, while up 2.4% in the hedge fund's private investment portfolio. This was only the third losing year in the hedge fund’s 33-year history, placing them near the statistical pinnacle of all hedge funds with a 90% yearly win percentage.

Citi Research has lowered its S&P EPS targets for the end of this year and for 2014, based on slightly weaker numbers from Europe, the possibility of a tax... Read More

Charlie Munger is considered to be one of the best investors and thinkers alive today. His thoughts and statements on investment research, investment psychology, and general rational behavior are... Read More

Jason Zweig On Investment Process Improvement Get The Full Walter Schloss Series in PDF Get the entire 10-part series on Walter Schloss in PDF. Save it to your desktop, read it... Read More

Hedge funds increasing S&P 500 short exposure while a long trend in the currency market could be coming to an end and interest rates are witnessing leveraged funds in... Read More 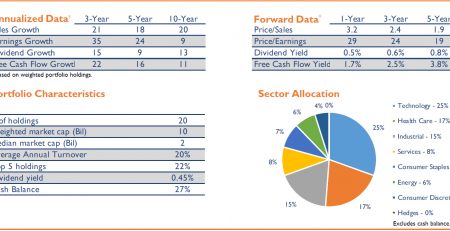 Chilton Capital Management's REIT strategy produced a total return of 29.8% net of fees in 2019, according to a copy of the firm's third-quarter performance update, a copy of... Read More