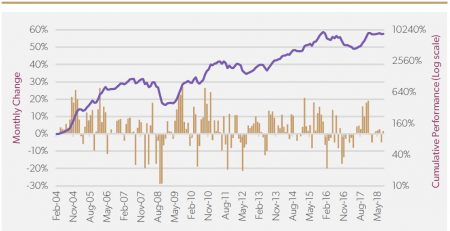 August was a difficult month for hedge funds, but a few are starting to get their legs under them after what's been a challenging year so far. Regal Funds... Read More

Deep Dive On Liquidity 'Worth A Memo' Says Marks

One of the immediate impacts of the U.S. federal government’s shutdown could be a delay in releasing the employment situation report. Brian Jones of Societe Generale notes tough times are... Read More

Former chief executive officer of a ConvergEx Group LLC unit and an ex-trader has been indicted for allegedly bilking millions of dollars from clients by charging hidden trading fees. The... Read More

Article by Quoth The Raven Research,  @QTRResearch Herbalife has just admitted in a disclosure filed hours ago that it is still being investigated by the Securities and Exchange Commission and the... Read More