Noted economist and Nobel laureate Paul Krugman is leaving Princeton University after 13 years to become a professor in the Ph.D. program in economics at City University of New York (CUNY).

Fighting elitist reputation
Krugman, author of over 20 books and a popular columnist at the New York Times since 1999, has battled charges that he is an elitist, a charge he has denied in the past. The move from Princeton to a public university could be seen as a strategy to firmly establish . . .

Artificial Intelligence To Grow 5X By 2021, Don't Panic… Yet: JPMorgan

Artificial intelligence is not a zero-sum, winner takes all game. It is an advancement that will result in a wide variety of companies benefitting, a recent JPMorgan report points... Read More

PepsiCo, Inc. (NYSE:PEP) is trying to revitalize its drinks business in the American continents, with an emphasis on sodas. The flagship Pepsi-Cola may get a boost with the first worldwide... Read More

By y Value Seeker Quick overview of MKL, how I think about the underlying drivers of the business http://valueseekerinvestments.blogspot.com/2017/06/markel-corp-mkl-brief-overview-38.htmlgoing forward, decomposing BVPS growth.   Read More

How Do Crypto Hedge Funds Compare To Bitcoin And Ethereum?

LendingClub Tries To Buck Up Its Troops!

LendingClub Tries To Buck Up Its Troops! by FootNoted At the risk of stating the obvious, it’s been a pretty tough week for LendingClub. In the six days since announcing... Read More 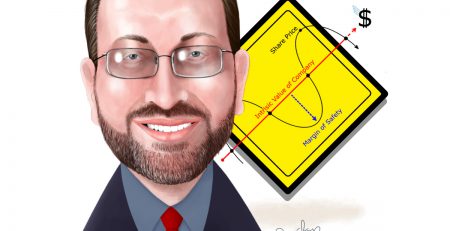 Seth Klarman is one of the all-time greats in the world of value investing. His book, Margin Of Safety is probably not as well known as the Intelligent Investor,... Read More

Fed Will Support Economy For A Long Time: Brevan Howard

While the Fed has announced that it will taper asset purchases by $10 billion starting in January, its intervention into the market is still a long way from over,... Read More