Mark Spitznagel – What Is This "Neutral" Interest Rate Touted By The Fed? – ValueWalk Premium

Mark Spitznagel – What Is This "Neutral" Interest Rate Touted By The Fed?

There’s a lot of talk these days about the so-called “neutral” (or “natural” or “terminal”) interest rate projections of the Federal Reserve. In fact, their projection of this number is a key argument in their ongoing decision to keep rates at historically very-low levels for what has been an extended period of time. (Specifically, Federal Reserve officials have argued that the neutral interest rate has sharply declined in recent years, meaning that apparently ultra-low interest rates do not really signify easy monetary policy.)

Multi-strategy Fund Flows Outpaced All Others

Multi-strategy funds appear to be the favorites of institutional investors over the past two years, notes eVestment. In its recent monthly summary report on "Hedge Fund Asset Flows", eVestment points... Read More 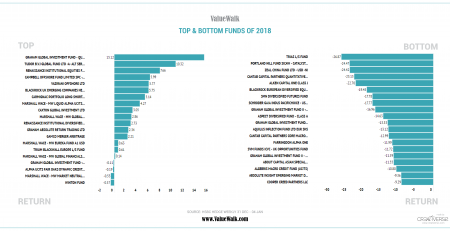 This post has aLREADY been updated 162 times since January 1st 2019 - please stay tuned for more updates listed in the title As always we REALLY really appreciate legal... Read More

Analysts Never Stop Wondering When Buffett Will ‘Lose His Touch’

As one of the greatest investors of all time, it’s inevitable that every time Berkshire Hathaway Inc. (NYSE:BRK.A) (NYSE:BRK.B) underperforms the market someone will ask if the Oracle of Omaha... Read More

One of the most depressed sectors in the market right now is the shipping sector. Beaten down by over capacity and falling day rates, the industry is quite literally... Read More

With No Revenues And Scandal, Chinese ‘MOMO’ Plans IPO

With Oil/Equity Correlation At Extreme, Hedge Risk With Spread Trade

As Bank of America Merrill Lynch commodity analysts predict “the conditions for a floor in crude oil prices are coming together,” expecting a recovery into the summer months with... Read More

The Power Of Compounding: Are You Smarter Than a 7th Grader?

The Power Of Compounding My wife's 7th grade class is currently learning about percentage change so the math teacher at Jacob's Fork Middle School has the students following stocks to... Read More