Crispin Odey made a name for himself in the 2007/08 financial crisis. He was one of the first hedge fund managers to accurately predict that the global borrowing binge would trigger a financial crisis.

One of the manager's biggest paydays came when the UK lender Bradford & Bingley collapsed during the crisis. Odey had made a substantial short bet against the stock before the crisis.
Huge payday
The outstanding performance in . . .

CSX Corporation (NYSE:CSX) will release its earnings report for the three months ended September 30 tomorrow after the bell rings on Wall Street. The company has had a solid... Read More

Though relative to nominal GDP, Australia has the second highest level of household debt, HSBC analysts believe the household debt has been rising for fundamental reasons and hence doesn’t... Read More

Mega-cap alpha... Apple had an astonishing first quarter. It hit the $700 billion market cap milestone, and its stock made a 13% run. But can that be the new... Read More 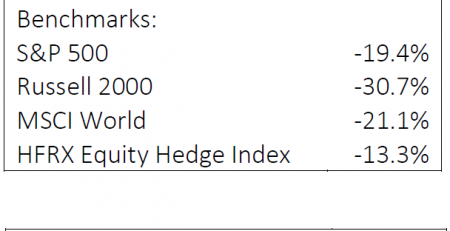 Barclays PLC (NYSE:BCS) (LON:BARC)  is under investigation by Germany’s tax authorities over the use of ‘dividend stripping’ strategy for alleged tax avoidance. According to German daily Sueddeutsche Zeitung, Barclays PLC... Read More

Is Zimbabwe printing a new currency akin to buying homeowner's insurance as the house fire is raging? The country best known in financial circles for hyperinflation is Zimbabwe. In February... Read More

Possibly the most significant innovation in the banking sector over the past few years is the development of open banking. Open banking has liberalized financial services industry, opening up... Read More

We asked a ton of ValueWalk readers what their #1 goal was for improving their value investing. Can you guess what they said? No, it wasn’t more coverage of Apple or... Read More