As demonstrations focused on two racially-charged acts of police deadly force sweep across the country, shuttering traffic on major arteries from New York to Chicago and Los Angeles, a pattern begins to emerge.  This comes as another incident in Phoenix occurs when an un-armed black man was shot by a white police officer Wednesday. While race is the critical component, is it the only issue?

Phoenix police following the footsteps of Ferguson
That pattern that is occurring, the key issue to be challenged . . .

UBS uncovers in its monthly prime brokerage report that after 4 months of moving in tandem, S&P 500 index and yield on U.S treasuries diverged in February. The analysts also... Read More

Retail major J.C. Penney Company, Inc. (NYSE:JCP) is set to offer 84 million shares of common stock through secondary offering. The retailer indicated it would use the proceeds for general... Read More

December 31, 2013 - 16:08 The bigger Swiss banks had originally sparked the DoJ crackdown by knowingly or recklessly harbouring untaxed assets. But smaller regional institutions, which make up one... Read More

2016 Was Not a Particularly Volatile Year

By AQR Maybe it’s just me but a lot of end-of-year commentary about financial markets in 2016, implicitly and sometimes explicitly, makes it sound as if it was a crazy... Read More

Brenham Capital, the energy-focused hedge fund returned -3.9% and net of fees for the quarter ending December 31 bringing returns for the year to 15.2%. Since inception (January 2012)... Read More

It's a widely-held belief that the Republican sweep of Congress and the Presidency for 2017 could inject fresh volatility into the S&P 500 and U.S. equities in general. Some... Read More 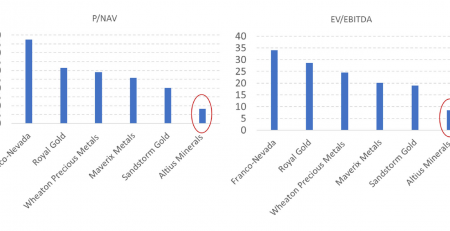