It would seem the insurance industry is gathering its support groups to fight the negative investor sentiment that has gripped one of its own. Universal Insurance was the target of Anthony Bozza's short pitch at the Robin Hood Investors Conference held in November 2015. The Florida Association for Insurance Reform (FAIR) wrote to the SEC requesting an investigation into Bozza's claims against UVE. The stock dropped 30% after ValueWalk reported the news. The . . .

In the latest Berkshire Hathaway Annual Meeting, Charles Munger discusses how stocks are being traded on a casino basis. Here’s an excerpt from the meeting: Q1 2022 hedge fund letters,... Read More

Carl Icahn has called on the EPA to make changes to a market for renewable fuel credits or else risk "the mother of all short squeezes" that could bankrupt... Read More 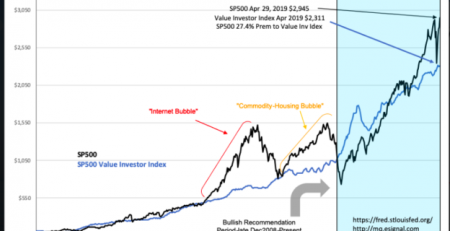 Bank of America Corp (NYSE:BAC) has agreed to a record $17 billion settlement with the US Department of Justice over faulty mortgage derivatives products that led to the 2008 derivatives... Read More

On this Valentine's Day, one of the world's favorite gifts is a diamond. The popularity of this gem is as strong as ever but for some potential buyers, there's... Read More