China Stares Down Soros, Issues Warning To Man Who "Broke The Bank of England" – ValueWalk Premium

In the olden, some say golden days of professional hockey, intimidation was a factor in outcomes. Truth be told, same can happen on Wall Street – today. From one perspective China seems to get this concept, as they are reported to have “warned” hedge fund legend and member of the global glitterati George Soros to “back off.” What is interesting about China’s public warning regarding attacking their currency is not only the history – Soros is a legend for “breaking the Bank of England” and making millions betting against the British pound – but also the fact Soros didn't exactly recommend shorting China. In fact, his trade recommendation was to short U.S. stocks! Add to this the rather public method in which the intimidating message was delivered and welcome to the globally linked economic world which at times can represent a clash of not just economic but also cultural values.

The Chinese public intimidation tool comes off the bench and warns
After Soros questioned Chinese economic stability on Bloomberg TV after a significant market run-up, China was quick to hit back. “Soros’ challenge against the renminbi and Hong Kong dollar is unlikely to succeed, there is no doubt about that,” the overseas edition of People’s Daily, the Communist Party influenced official media organ. But the beat down was even worse in the Xinhua news agency report. “As for those who want to bet on the ‘ultimate failure’ of the Chinese economy, they should look back at the past four decades, which witnessed China's growth from an underdeveloped economy into a global economic powerhouse through continuous reform and opening up,” an editorial said.
[swpm_payment_button id=2022964]
Sub for rest

The “Fast Money Halftime Report” traders weigh in on the financials sector as the index comes off its best week in six weeks. Leon Cooperman gives his take. Get The... Read More 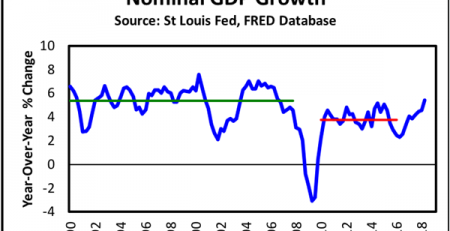 Avoid the Experts: A Lesson in CFO Overconfidence