We’ve just been listening to a great interview by Meb Faber with one of our favorite value investor’s – Steve Romick, Portfolio Manager for the FPA Crescent Fund. During the interview Romick explains how value investing has morphed from the days of Graham and Dodd saying:

Steve: Value investing is, to us, simply investing with a margin of safety, believing that you’ve made an investment where it’s hard to lose money over time. I mean, over any short periods of time, anything can happen. So that’s really what it stands for, for us, and it can wear a lot of different cloaks. And as you just mentioned in that quote from that shareholder letter that I had written a while back.

Value investing, though, when you think about it, has morphed over the years. There used to be a point in time where it was really all about the balance sheet. I mean, going back to Graham and Dodd and thinking about the margin of safety and buying net-nets, you know, the companies that are trading below net working capital.

Steve: The old cigar butts. And that was a not-unreasonable way to invest, certainly. Today, the world’s changed and it’s changed because of technological innovation. The world changes so quickly, the life cycle of a company as it existed in an index, and the S&P 500, for example, is shorter or as short as it’s ever been and it’s continuing to decrease.

So businesses are being put out to pasture. I mean, just a very obvious conversation would centre around retail and the disruptive influences from the likes of Amazon and other online companies. So of late, we had Toys R Us’ bankruptcy this year. And we have Sears’ restructuring that’s currently…well, it remains to be seen whether it’s going to be a liquidation or it’s going to be a restructuring. And that’s because these businesses aren’t what they used to be, because of a competitor that’s come in…

In the last 50 years, we have seen more new inventions, more technological innovation, more ways to use the technology in a disruptive way than we’ve ever seen in history. And businesses, just by buying something on book value, book value can erode pretty quickly if you can’t get a return on that capital investment.

Let’s take Warren Buffett’s company, Berkshire Hathaway, a defunct textile mill. I mean, he made money on it because he bought it at such a good discounted margin of safety, but it got disrupted by manufacturing offshore.

And so, he was able to sell the land and the building for… at a profit to ultimately what he had paid for it. And so, it ended up being not his worst investment or he certainly didn’t lose money. But it certainly wasn’t his best investment, either. So when we think about making money, we think about value investing, we want to make sure that we have some kind of tale where the business is going to be better, at least, in 10 years than it is today, ideally.

You can listen to the interview by clicking on the play button below:

Invest Like David Tepper – Search For Stocks With ‘Cheap Optionality’

During his recent interview with Tobias, Thomas Braziel, the Founder of 507Capital, discusses the importance of searching for stocks with ‘cheap optionality’. Here’s an excerpt from the interview: Q2 hedge... Read More

GMO's Jeremy Grantham letter to investors for the third quarter ended September 30, 2015. “It ain’t what you don’t know that gets you into trouble. It’s what you know for... Read More 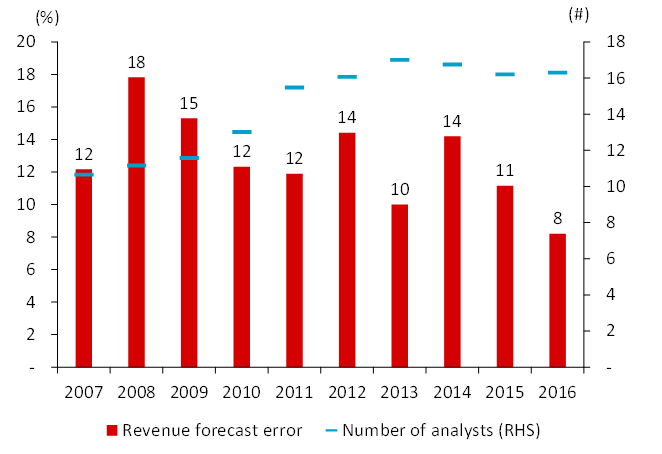 #1 of the Top 9 Valuation Mistakes: Overly Optimistic Revenue Forecasts During my career, I built highly complex and detailed financial models early on as an analyst, but I later... Read More

After coming off a muted 2016, hedge fund performance in 2017 has been holding close to their benchmarks if not exceeding them in many sub sectors. One such niche... Read More