Pay attention to the last sentence….the EU is currently hurting itself with restrictive policies that are reducing supply.  The US is rapidly heading in this direction currently.

“The nine most terrifying words in the English language are: I’m from the Government, and I’m here to help. ”

CPI registers 6.24% inflation rise. Prices of everything reflect investor expectations. Inflation has long been tied to M2 expansion in general but can be more closely correlated to periods of government spending which adds less value than it does currency expansion. Investors A willingness to spend more for items today rather than waiting for better value at some future point is more a psychological driver than an actual supply/demand driver of vital items for everyday needs. Fear of restricted supply or future prices being more expensive have always proven drivers of higher current prices. No better example is crude oil and gasoline. 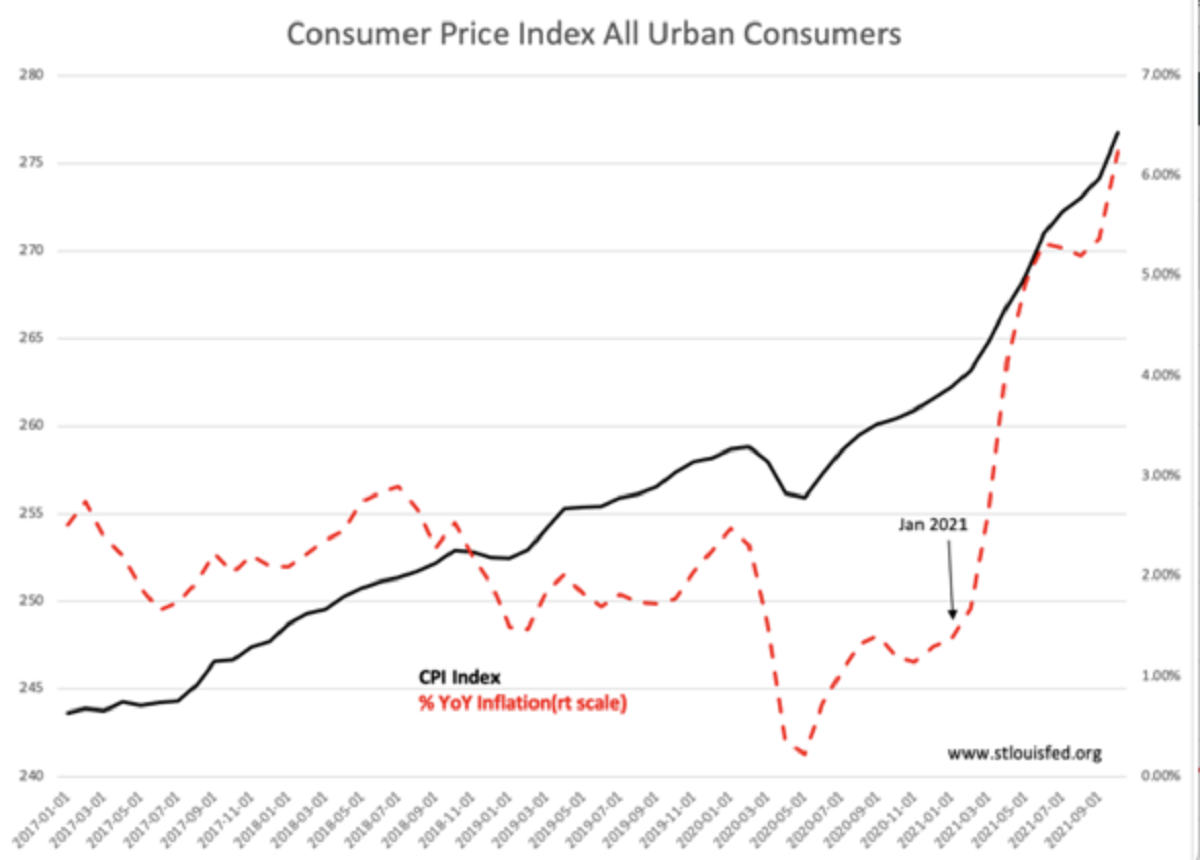 Even with current low crude production with several years of under-investment, there is adequate crude supplies globally to meet current demand even with a noticeable rise of ~1.5-1.6mil BBL/Day for refined products in the US. While shortages appear likely to develop, they are not present today except notably in Europe where government policies have restricted supplies of several energy sources.

How Bill Nygren Is Beating 95% Of His Peers This Year

Bill Nygren CNBC Interview How Nygren Is Beating 95% Of His Peers This Year Bill Nygren, Oakmark Funds Portfolio Manager, discusses how he's able to beat the market and most... Read More

Bill Ackman had a good Q3 up 6.4% and the streak has continued into October with a YTD return (through the end of the month) of 43.4%, although recent... Read More

A new survey has come out saying that Wall Street lacks ethics. Really, it took a report to deliver this news? Does this mean people don't pay attention to... Read More