After Warning About 2008, Yale's Robert Shiller Has Another Concern – ValueWalk Premium

Nobel prize winning author Robert Shiller, who accurately predicted previous market crisis, is delivering another clear and logical economic warning and he is not alone.  Bill Gross says its time to wake up, the good times are over. It was a great party, but we’ve got to clean up now.

Robert Shiller, for his part, is saying the

Japan's "Spring Offensive" by Kenichi Amaki, Matthews Asia The annual “spring offensive” or in Japanese “Shunto” is currently underway in Japan. The terms refer to the annual wage negotiations that... Read More

Former Cincinnati money manager Glen Galemmo was sentenced on Thursday for running a Ponzi scheme that may have topped $100 million. About a dozen investors’ testimony in court helped convince... Read More

Carl Icahn's open letter to the Board of Directors of SandRidge Energy. Get Our Icahn eBook! Get our entire 10-part series on Carl Icahn and other famous investors in PDF for... Read More

Where Are The Best Corporate Law Professors Teaching?

Ben Graham, Buffett And Klarman And On The Parable Of Mr. Market These investors will describe the mental attitude that an investor should take towards prices. Berkshire Hathaway 1987: Marketable Securities... Read More 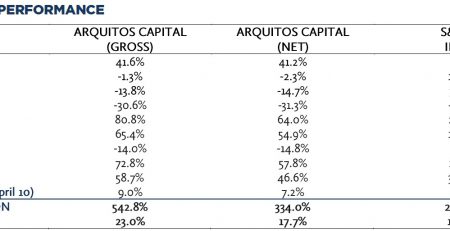 SunEdison To Trim 15% Of Global Workforce

SunEdison said Monday that it will trim 15% of its global workforce as part of a restructuring plan intended to optimize business operations aligning with current and future market... Read More