Shares in Wells Fargo & Company (NYSE:WFC) began to fall this morning, after the company announced earnings which trumped analyst estimates. The major worry related to the company's report appears to be centered around the continued drop in the firm's Net Interest Margin.

Wells Fargo & Company (NYSE:WFC) announced earnings of $0.91 cents per share for the fourth quarter of 2012 before the market opened this morning. Analysts had . . .

How Spanx Got Me An Interview With Warren Buffett

While working on my book Getting There: A Book of Mentors, I found myself at a charity event with business legend Warren Buffett. The idea for Getting There was... Read More 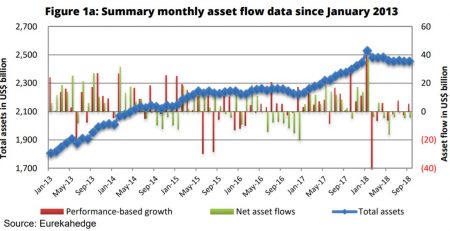 From The Archives: Warren Buffett On Stock Buybacks

Last month, Warren Buffett made a splash in the market by announcing that his conglomerate, Berkshire Hathaway, was changing its policy on stock buybacks. For undervalued stock ideas, I highly... Read More

[From The Archives] Seth Klarman On Value Investing, Leverage, Trading Strategies And The Herd Mentality Pt. 2

Continued from part one… Seth Klarman on trading strategies After warning about the risks of leverage, (part one) Seth Klarman talks at length about the dire state of the securitization industry... Read More

The chinese banking system has become the world’s largest, according to one recent estimate. The significant increase in the size and scope of the Chinese banking industry is due... Read More