13Ds provide a wealth of information for the investor who is willing, and able, to scour them systematically. IDXGlobal™ relieves the investor of this task and leverages our expertise and proprietary software to streamline this process. Our research shows that 13D filings provide a rich opportunity set for investors looking to systematically add value to a portfolio.

In the six years from 2008 to 2013, there were over 10,000 13D filings issued by various entities including: hedge funds, individual investors and corporations. We restrict this analysis to original 13D filings (and not 13D/A which are amended filings) in companies whose stocks were trading over $5 at the time of filing. Activist campaigns in penny-stocks can be massively profitable but require much more careful analysis and will be the subject of subsequent analysis.

When we look at the average return on stocks 12 months after a 13D was filed, the outcomes are meaningful. Stocks in which a 13D was filed increased 9.85% over the following year vs. 5.70% for the S&P 500 over the same period:

This includes over 1400 separate 13D filings in over 1000 different companies over the six years from 2008 through the end of 2013. So, on average, the stocks of “Subject Companies” in 13D filings increased at almost twice the rate of the S&P over the next year.

When we drill down, we find that the averages above include examples such as:

If we look at the distribution of all of these examples, we see that the 13D stocks earn a positive return over the subsequent 12 months about 56% of the time with 6% of those increasing by more than 200% and the largest increase over 10x.

Not all Filers are Created Equal

Already one can see that a list of 13D stocks is not a bad opportunity set for an investor to consider. That said, there are many filings for which there is no structural reason to expect those stocks to outperform. For example, when Bank of America filed a 13D on Norwegian Cruise Line in 2011, it’s not clear what value, if any that should contain. No information was given as to the Purpose of the Transaction which is not surprising given that such a position is simply part of the ordinary course of business for an enterprise so large. In this case, the 13D filing represents a perfunctory disclosure – and nothing more. This fact highlights an important concept when weighing the value of 13D (or any) filing which is the conviction of the information. This cannot be determined with quantitative analysis alone but needs to be overlaid with a qualitative understanding of the financial industry.

Consider the example just given. A filer such as Bank of America (with a market cap of $150 billion engaged in multiple lines of business) disclosing a 5% position in a company such as Norwegian Cruise Lines (with a market cap of $6.5 billion) doesn’t represent the same level of conviction as say, Carl Icahn, disclosing a 5% position. At IDXGlobal, our research has revealed that the same 5% position carries much more weight when it’s disclosed by a (relatively) small, singularly-focused filer.

The size and more importantly the type of entity filing the 13D is crucial when considering the information.

For that reason, IDXGlobal™ classifies all 13D according to the type of filer with the aim of identifying homogeneous groups of filers from which we can expect similar behaviors.

“Activists” will be employing a very different strategy on a very different group of companies as compared to a large mutual fund company or a biotechnology venture capital firm, for example.

Looking at the returns for 13D stocks for which the “Activists”1 have disclosed a stake shows an average return over the next 12 months of almost 19% vs. just over 10% for the S&P 500. Narrowing in on the stocks being bought by this specific group of filers increases the average 12 month return by a full 10% over that shown by our original universe of 13D stocks:

Understanding and navigating a new world of heightened investor scrutiny No recent development has influenced firms’ strategic and financial decision-making as profoundly as the surge in shareholder activism following the... Read More

In a market environment where CTA and algorithmic strategies are struggling, systematic investment manager Two Sigma is no exception. In a July 13 letter to investors reviewed by ValueWalk,... Read More 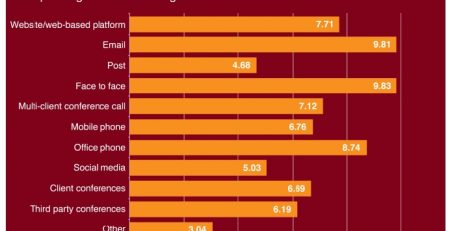 "Put into perspective" - the monthly newsletter of Skenderbeg Investment Management Q3 hedge fund letters, conference, scoops etc "The best investors in the world have more of an edge in psychology... Read More

Asset managers lag their traditional counterparts when it comes to compliance, according to a new study, but there is one thing all can agree on: Increased individual prosecutions undertaken... Read More

The money multiplier and velocity of money are two metrics that used to be highly informative measures for economists to monitor a country’s level of economic growth. Goldman Sachs' Favorite... Read More

What Is Equity Risk Premium?

The post was originally published here. Q3 2020 hedge fund letters, conferences and more Definition of Equity Risk Premium It is the difference between expected returns from the stock market and... Read More