A Century Of Capital Structure: The Leveraging Of Corporate America – ValueWalk Premium

A Century of Capital Structure: The Leveraging of Corporate America via SSRN

Unregulated US corporations dramatically increased their debt usage over the past century. Aggregate leverage — low and stable before 1945 — more than tripled between 1945 and 1970 from 11% to 35%, eventually reaching 47% by the early 1990s. The median firm in 1946 had no debt, but by 1970 had a leverage ratio of 31%. This increase occurred in all unregulated industries and affected firms of all sizes. Changing firm characteristics are unable to account for this increase. Rather, changes in government borrowing, macroeconomic uncertainty, and financial sector development play a more prominent role. Despite this increase among unregulated firms, a combination of stable debt usage among regulated firms and a decrease in the fraction of aggregate assets held by regulated firms over this period resulted in a relatively stable economy-wide leverage ratio during the 20th century.

A Century of Capital Structure: The Leveraging of Corporate America – Introduction

This paper sheds light on the evolution and determination of corporate financial policy by analyzing a unique, panel data set containing accounting and financial market information for US nonfinancial publicly traded firms over the last century. Our analysis is organized around three questions. First, how have corporate capital structures changed over the past one hundred years? Second, do existing empirical models of capital structure account for these changes? And, third, if not explained by existing empirical models, what forces are behind variation in financial policy over the last century?

This change is robust, observed in a variety of leverage measures that reveal additional insights into the changing nature of financial policy over the last century. For example, we show that debt gradually substituted for preferred equity between 1920 and 1960, when relatively little preferred equity remained. We also show that cash holdings exhibited a secular decrease concomitant with the secular increase in debt usage. In aggregate, cash and short-term investments accounted for nearly 25% of assets in 1945, but fell to 6% by 1970 when cash began a moderate climb to just over 10% in 2010. As a result, measuring leverage net of liquid assets reveals an even more pronounced levering up of unregulated firms during the last century.

Further analysis reveals that these aggregate trends are systemic. The leverage series of each unregulated industry—defined by the Fama and French 12-industry classification-exhibits a pattern similar to that found in the aggregate. The leverage of each size-based portfolio of firms—defined by the highest, middle, and lowest quintile of the annual size distribution—also exhibits a pattern similar to that of the aggregate. The median firm had no debt in its capital structure in 1946, but by 1970 had a leverage ratio of 31%. Finally, the fraction of investment financed with debt doubled from approximately 10% in the pre-WWII era to over 20% after 1970.

These patterns are in contrast to those for nonfinancial regulated firms, for which the aggregate debt-to-capital ratio was fairly stable over the century. The changing relative indebtedness of regulated and unregulated firms, along with changes in the relative asset sizes of the two sectors, led to a largely stable economy-wide corporate leverage ratio (Frank and Goyal, 2008) that masked the secular increase experienced by most firms. Our paper focuses on this increase in leverage among unregulated firms.

On September 21, 2018, the Wall Street Journal ran an article entitled “Fund to Cut Pay for Market Laggards.”  The articles described how Peter Kraus, the ex-CEO of successful... Read More 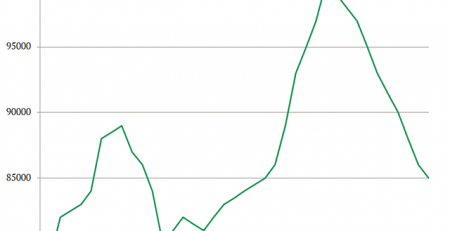 David Hurwitz is a Partner at SC Fundamental, a value-based long/short hedge fund founded in 1990. In focusing on value, SC invests as if there were no market. That... Read More