Photo-Me International plc (LON:PHTM) engages in the manufacture, operation, sale, and servicing of a range of instant service equipment. The stock for the Company stood at USD 49.6, with a total market capitalization of USD 179.7 million. The stock has been trading at a P/E ratio of1,240, a P/B ratio of 189.39 and a P/S ratio of 87.2.

For 6MFY12, the consolidated net sales were recorded at USD 90.8 million, as compared to USD 87.6 million in the corresponding period last year. The sales in the Cross Accessories Division decreased by 5.7% in 6MFY12, as compared to the corresponding period last year, due to the adverse economic conditions affecting its European, Middle Eastern, and African markets.  During this same period, sales in Asian and American regions increased by 6.4% and 3.6% respectively. 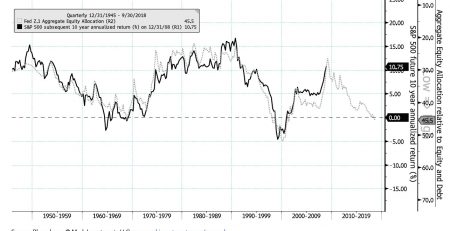 Goldman Says The Trend Is Your Friend In World Markets

Goldman Sachs Group Inc (NYSE:GS) says the trend is your friend and as it anticipates three market developments to continue into 2015, according to a research note. Goldman expects three trends... Read More