As the 37-day bench trial regarding the U.S. government’s forced bailout of American International Group Inc (NYSE:AIG) wraps up, a big question is: did the government disregard a valid offer from a Chinese sovereign wealth fund that could have bailed out AIG?

AIG’s Hank Greenberg brought the lawsuit against the government

Maurice R. “Hank” Greenberg, AIG’s legendary CEO and largest shareholder, brought the lawsuit against the government. The suit essentially makes two claims: The large Wall Street banks essentially received favorable bailout terms while AIG was harshly punished – an argument that is hard to dispute. The second charge, and the one that could play into the trial more significantly, is that AIG had a valid offer from the China Investment Corp. (CIC), sovereign wealth fund, to purchase the firm and the government dismissed that offer out of hand.

While no one from the CIC was called to testify, those close to the situation, including The Blackstone Group L.P. (NYSE:BX) Senior Managing Director John Studzinski, who was working that weekend to try and find a rescue solution on behalf of AIG, did testify.

American International Group Inc (NYSE:AIG) desperately needed cash that weekend or it might have collapsed the following Monday when the market opened, the government has testified. Thus, while the Chinese offer might not have been an immediate solution, it could have been a longer term solution, particularly if the government provided a friendly risk management backstop as it did with the other large banks.

Testimony included Blackstone Chairman Stephen Schwarzman summarizing a conversation with the Chinese sovereign wealth fund, where the Chinese were “not interested in controlling or running any business, but operated with other general partners.”

The Chinese appeared willing to invest in a partnership with others, working as silent owners, but not wanting to control the entity – nor backstop the unknowable risk of a derivatives position gone wrong. Even the amount that the Chinese were willing to devote to American International Group Inc (NYSE:AIG) is in dispute. Schwarzman’s email continued by saying the chairman of the Chinese sovereign wealth fund “said, of course, that 75 billion was too much of CIC’s resources to invest in AIG.”

Just after the bailout Studzinski would later write in an email: “What became very clear is that everybody wanted to step in and be an investor, but when it actually came to taking an — you know, an unlimited indemnity for the financial credit posture of this entity–no one was…in a position to do that, partly because they weren’t going to take that risk. … They wanted the government … to remain there as an ultimate supporter.”

Then he added the kicker that still has many inside the financial services industry scratching their heads: “And you know — and politically that’s ridiculous, [if] the government basically gives the private sector the upside and then the government sits there and holds the can of s— if things don’t work out.”

As history proves, the U.S. government was willing to write such blank checks, and they are only willing to do it for the elite of the elite. American International Group Inc (NYSE:AIG), while it “pretended to be an investment bank,” as government witness Timothy Geithner testified, ultimately it didn’t make that special cut.

Tales of the Greatest Investors: John Maynard Keynes Part I

John Maynard Keynes was an extraordinary person. The best English language term that we have to describe him would be a polymath. He was not merely an economist; he... Read More

Ed Garden: At Trian, We Put Our Money Where Our Mouth Is 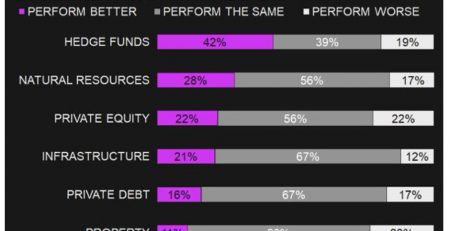 Interest In Hedge Fund Strategies Has Not Changed Much Since YE18

Hedge funds - Put into perspective by Skenderbeg Alternative Investments "If we knew what it was we were doing, it would not be called research." - Albert Einstein Hedge Funds Investors pin... Read More

Inflation is up, and the yield curve is flattening? What gives? In bond market nomenclature, much of which is indecipherable by the design of craft fixed income traders, what... Read More

Corporate Credit Spreads Are Widening, But

Credit risk in August has spiked, and it is concerning institutional investors, a UBS report notes. As Corporate credit spreads have been materially widening of late, indicating a degree... Read More