Alan Greenspan: "I Happen To Be A Fan Of Paul Ryan" – ValueWalk Premium

Former Federal Reserve Chairman Alan Greenspan spoke with FOX Business Network’s (FBN) Neil Cavuto about the economy and 2016 presidential election. Greenspan comments on global productivity growth saying, “we have a global problem of a shortage or productivity growth and it’s not only the United States, but it’s pretty much around the world.” When asked whether he is a fan of Donald Trump, Greenspan said, “not exactly.” Greenspan also commented on Paul Ryan saying, “I happen to be a fan of Paul Ryan, who I think is a very sensible political economic type.”

Alan Greenspan on the Federal Reserve and productivity growth:

“What the Fed does at this particular stage is less important than what the markets are doing. And what the markets are beginning to show us is an acceleration and money supply for the first time in a very long time…but we have a global problem of a shortage or productivity growth and it’s not only the United States, but it’s pretty much around the world that’s been caused by the fact that the populations everywhere in the Western world for example are aging and we are not committing enough of our sources to fund that. We should be running federal surpluses right now. This is something we could have anticipated 25 years ago and in fact, we did.”

Alan Greenspan on Donald Trump’s position not to touch entitlements:

“This should be the central issue of the presidential debate because unless we can reign in entitlements, which has been rising at a nine percent annual rate in the United States and comfortable levels throughout the world. We are going to find productivity going to maintain it’s safe and a very low rate of increase and indeed it’s very likely the productivity increase for the first half of this year would be very close to negative, certainly for the first quarter.”

Alan Greenspan on whether he thinks we are heading into a recession:

“I don’t think that’s our problem. Our problem is not a recession, which is a short-term economic problem. I think you have a very profound long-term problem of economic growth at the time when the western world there is a very large migration from being a worker into being a recipient of social benefits as it is called. And this is legally mandated in all our countries. The size has nothing to do with the rate of growth in economic activity, but if we stay down at the 2% economic growth or less in the United States and elsewhere, we’re not going to be able to fund what we already have legally obligated to spend.”

“I happen to be a fan of Paul Ryan, who I think is a very sensible political economic type.”

Alan Greenspan on whether he is a fan of Donald Trump:

Alan Greenspan on who he would vote for between Donald Trump and Hillary Clinton:

“You’re giving me a very tough choice. I think at this stage I will not comment on it.”

Alan Greenspan on whether we are on the verge of an economic collapse:

“I would certainly not go that far…entitlements are the third rail of American politics. The politicians who touches them, loses. So you have a 9% annual rate of increase in entitlements mandated by law. Has nothing to do with the economy. It has to do with age and health and the like.”

“Venezuela is about to collapse. There is no way of getting around it. Fundamentals are falling apart and at some point there will be revolt internally as far as I can visualize it…Venezuela is the extreme on the continent. Used to be Zimbabwe. Now we have Venezuela. There is going to be an internal revolt there if they don’t get that resolved.”

“That is domestic political issue. I mean obviously we have seen issue of unfunded pension funds obviously of Puerto Rico and many states in the United States and vast countries around the world. This is fundamentally what the issue is. We used to be in state where those things did not happen. Those things were relatively stable.”

Alan Greenspan on a market crash in the near future:

“A mere collapse in stock prices per se is not a problem for the economy as a whole. It obviously is for the whole of the stocks, securities and businesses and the like and it does affect capital investment, but it doesn’t break the structure of the economy as a whole, unless the whole areas are highly leveraged. Not the type of asset is the problem, but who holds it. When you have basically the supreme mortgage problem.  It wasn’t so much the subprime mortgage which frankly worked very well until they started to get go a little bit.”

Alan Greenspan on the influence the markets have on the Federal Reserve:

“First of all, Federal Reserve tries to look at what is causing the economy to move causing the financial marks to change. Obviously that changes from period to period. For example, during the dotcom boom, there was very significant valuation of the impact of productivity which was roaring ahead at that point and the issue, as to what do you do when the unemployment rate gets down to 4% or less, tighten up, ordinarily you would, but we didn’t at that point. Reason was productivity gains were extraordinarily strong and unnecessary to do that.”

“People don’t realize they think that you’re going to shut off, for example, imports from China, that somehow that will create jobs in the United States. It doesn’t. Instead of getting goods out of China you will get them out of the Philippines or someplace else, but before they come back to the United States they will try other places around the world where labor costs are perceived to be cheaper. So the issue of foreign trade is something which has helped this country grow going all the way back to 1790.”

Summary In this episode of The Acquirer’s Podcast Tobias chats with Michael Mauboussin. He’s the Director of Research at Blue Mountain Capital Management. He’s been an adjunct professor at Columbia for more than... Read More

Institutional investors strategically communicate their private information to sell side analysts to accelerate the incorporation of their information into prices, that’s according to a new white paper written by... Read More 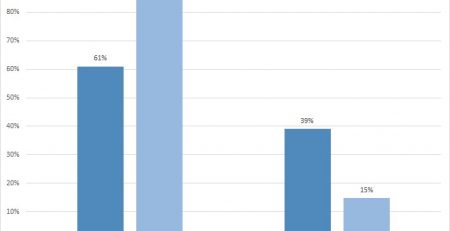 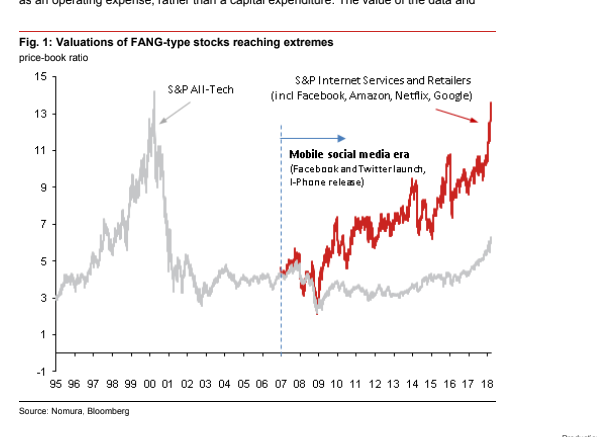 Nomura: This Is What Is Holding Back Value Stocks

Over the past 12 months, according to Bank of America Merrill Lynch, valuation dispersion in the S&P 500 has returned to the highs not seen since the financial crisis.... Read More