Does Apple Inc. (NASDAQ:AAPL) have a knack for dominance? In addition to being the world’s biggest company in terms of market cap, the renowned iPhone maker now owns the world’s biggest hedge fund. Reports from Zero Hedge indicate that Braeburn Capital- an asset management corporation, created by Apple to specifically manage the company’s cash-  had more than $117 billion worth of assets under management by the end of June.

Braeburn Capital’s $117 billion plus in assets, outweighs Bridgewater’s estimated $100 billion, replacing Bridgewater at the top of the list as the world’s biggest hedge fund. Based in Nevada, Braeburn Capital reportedly adds $15 billion in funds each fiscal year. The hedge fund, which was founded in 2006, assumes the role of a money manager, veering off the typical trade of being an investment adviser.

Zero Hedge points out that Braeburn is not obliged to report its holdings. Reports also note that activities are more or less streamlined towards increasing Apple Inc. (NASDAQ:AAPL)’s cash reserve. According to the report, Braeburn invests in varied investments, like bonds and stocks, for the sole purpose of adding bulk to existing funds.

As this news comes to light, it now becomes clearer where  Apple Inc. (NASDAQ:AAPL)’s money has been going. Prolonged debate over the cash made has shadowed the company for years on end. Apple’s rosy bottom line has translated into a pile of cash that only recently was put to notable use- at least this is what investors believe. Earlier in the year, the company announced a $2.65 quarterly dividend yield, coupled with a $10 billion stock buyback program.

Interestingly, the announced yield and the $10 billion stock repurchase are not expected to burn through the company’s money. The company has accumulated its earnings for a long time, and continues to witness increased demand for its varied products, including the recently released iPhone 5. This suggests that it could glean higher incomes in subsequent quarters.

Progress made at Braeburn suggests that Apple Inc. (NASDAQ:AAPL) has been on an unquestionable upward trajectory ever since 2006. Starting off with just over $10 billion, the hedge fund has swelled in an unprecedented fashion to $117 billion.

This shows that Apple’s activities have increased over the years, translating into a bigger global footprint and more opportunities to make money. Being the canny player that it is, Apple Inc. (NASDAQ:AAPL) has exploited all the opportunities along its path, and in the process forged an unshakable reputation in the tech industry. 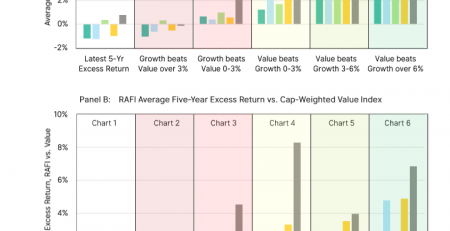 The Best Of Graham And Dodd's Security Analysis: Part I by Total Goon Move View the best quotes from the investment book that Warren Buffett says, "changed my life." Whether you... Read More

For the year ended December 31, 2014, the gain of the Standard & Poor's 500 Composite Index ("SP") was striking because of the extremely narrow range of securities that... Read More