AT&T CEO: Deal With DirecTV Is Expected To Close In Q2 – ValueWalk Premium

AT&T Inc. (NYSE:T) Chairman and CEO Randall Stephenson spoke with FOX Business Network’s (FBN) Maria Bartiromo about the AT&T and DIRECTV (NASDAQ:DTV) deal. Stephenson said DirecTV has “incredible content relationships with the large folks” and that “will make our TV business profitable almost day one upon closing DirecTV.” When asked when they expect to close the deal with DirecTV, Stephenson said, “second quarter of next year.” Stephenson also commented on net neutrality “we are two, three years down the road before you get any clarity to this.” When asked about the risk of having heavy dependence on one carrier, Stephenson said, “no, I don't worry about it at all” and “the iPhone customer base is a unique customer base.  It's a very, very, in fact, I would tell you, the customers we have on the iPhone is probably the premier customer base in the world for a smart phone.”

AT&T CEO on what was so attractive about DirecTV:

“DirecTV, I think, is the premier pay TV business in the world.  And when we complete that transaction, we will be the largest pay TV provider in the world. And it's a terrific platform.  It's a really a good platform.  They have great programming arrangements. And so what was most attractive to us is, I motioned earlier that we've built a very nice TV business.  We have six million subscribers. Unfortunately, six million subscribers you can't be profitable.  Your programming costs are so high without scale that you lose money. But you have to be in the video business to be in the broadband business, right? So we buy DirecTV and they have these incredible content relationships with the large folks like Fox and  – like NBC and so forth.  And that will make our TV business profitable almost day one upon closing DirecTV. So it really helps improve the financials of our — of our current TV business.  And it's — it's a big number.  It's we've announced that the synergies from this deal will be $1.6 billion per year in lowered costs. And so that obviously is very attractive to us. But the second is DIRECTV can provide TV service to anywhere in the United States.  We have a mobile business that provides service to anywhere in the United States.”

AT&T CEO on the DirecTV customer:

“Sticky customers.  And so to the extent that we can have a TV and a mobile service that use the same distribution and do joint billing and joint distribution of video across the TV, across the laptop, across the tablet and across the mobile device, we think that's where the industry is going. And so this gives us the ability to compete across all of the streams, have terrific content relationships where we can deliver this content across all screens. And so I get really excited when I talk about this.”

AT&T CEO on when they expect to close the deal with DirecTV:

“The second quarter of next year.”

“This internet is the engine for our economy now.  It's a major driver of economic growth.  And to take end-to-end this internet capability and put it under regulations that truly were designed to regulate an AT&T monopoly in 1930, black rotary dial tone phones.  Think about this.  There weren't even data services.  We weren't even carrying data across pipes.  We were, but it was called the telegraph, right? And so to take this Internet, this massive ecosystem that is moving fast, the products are moving fast, the features are moving fast, and put them under that kind of regulatory framework, you can formulate your own opinion as to whether that's a good idea or not. Even if you believe it's a good idea to accomplish what the president has proposed is going to be a very elongated process, because the law has been pretty clear for 20 years, starting with the FCC chairman under President Clinton, Bill Canard, and coming forward.  For 20 years, the FCC has stated very clearly that these services do not belong under those rules.  And then the Supreme Court has upheld those decisions time and again. And so for the president to accomplish what he wants is going to be a very long process by the FCC to get it done.  And then the people can rest assured that somebody, whether it's AT&T or not, somebody will litigate that outcome. So we are two, three years down the road before you get any clarity to this. Now, the implication of that is without clarity, we're in long-term investment cycles in this industry.  We invest billions of dollars in broadband and I don't think anything is going to change the next two or three years under this premise.”

AT&T CEO on the current environment for AT&T:

AT&T CEO on concern in the high end of the market:

“What I guess causes me just a little bit of concern is at the high end of the market, businesses are slowing down the spending a little bit.  We were growing at the high end, but you're seeing investment slow down a little bit at the high end. And we're trying to triangulate what's behind that.  I think a lot of it has to do with we're at a point right now where the tax incentives that are in the extended package, a lot of us were assuming that would get done at the end of the year.  We're getting a little less optimistic that that might happen. And so people are pulling back as soon as the tax bills are going up as a result of the extender package not getting done late in the year.”

AT&T CEO on the growth rate:

“Yes, when you're at the high end of the business, we're making multi-billion dollar investment plans right now.  We're putting our budgets in place for 2015 and all of us are trying to make these plans.  And the difference between an extender package, bonus depreciation going in or not for a company like AT&T is a couple of billion dollars. So it's hard to make a capital budget plan and do capital planning when you have that kind of variability in possible outcomes. So everybody is kind of sitting tight right now watching what happens in the lame duck session, hopeful that they can get something done and give us some clarity going into 2015.”

AT&T CEO on percentage of sales wireless makes up:

“It's always been an incredibly competitive market.  And you've seen a lot more intensity on pricing as we've all kind of matured the smart phone market.  So everybody is competing for shares.  So it's very natural in this part of the cycle, product cycle, the smart phone, for everybody get competitive.What we have done over the last five years is invested billions, in effect, you put spectrum network investment.  We've invested $170 billion into this business since 2008, building a premier network experience, a premier retail experience. So we think we have a very good position in the market.  We have a premium position in the market.”

“To address really hyper competition, we bought a company called Cricket, which allows us to really aggressively pursue down market for the prepaid market is really strong.  And so that's how we're competing down markets. We have a premium post-paid smart phone base that's doing quite well and it's growing very nicely.  And now we have a new asset that's allowing us to compete aggressively in the prepay space, as well.”

AT&T CEO on the risk of having heavy dependence on one carrier:

“No, I don't worry about it at all.  The iPhone customer base is a unique customer base.  It's a very, very, in fact, I would tell you, the customers we have on the iPhone is probably the premier customer base in the world for a smart phone customer base in the world for a smart phone customer base.  The implication of that is everybody wants those customers.  And so everybody competes aggressively for those customers. We spent billions of dollars to build that base and we're being very, very aggressive in protecting that base.  We made some really significant moves on our pricing in the first quarter, all with the objective of securing that customer base. And as a result, the second quarter, we had our lowest churn rate in the history of our company in the second quarter.  And, in fact, it was the second lowest churn rate the industry has ever posted. The third quarter, we had our lowest third quarter churn rate we've ever posted as a company. And so it's this very attractive customer base that allows us to keep growing into new services and new features, as well.”

AT&T CEO on being worried the land line business is declining:

“The land line business's decline is slowing because it's pretty much going away. Pots, plan old telephone service, we call it, is no longer the driver of the business on the land line side.  It's a data business. So those pipes going into the houses and those pipes going into businesses are carrying two things, data and video.  And that is now the business. And, in fact, well over half of our business is now data and video services. We started this data and video business in 2006.  And since 2006, it's become a $13 billion a year business and it's growing 25 percent year-over-year.  So it's become a very attractive business for us. That's why we've invested so much over the last three years in it.” 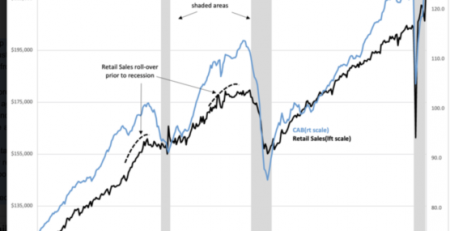 Mick McGuire, Marcato Capital Management is the final famous activist up on the schedule. Mick McGuire is giving a presentation called "Don’t Buy This Recovery". He is speaking live... Read More 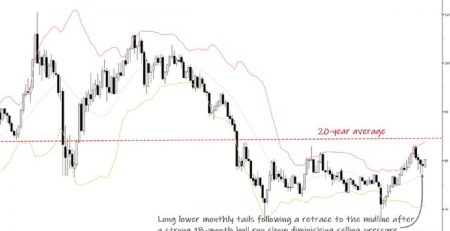 Time To Get Long The Loonie

There was a long period during which nearly every thinking man was in some sense a rebel. Literature was largely the literature of revolt or of disintegration. Gibbon, Voltaire,... Read More 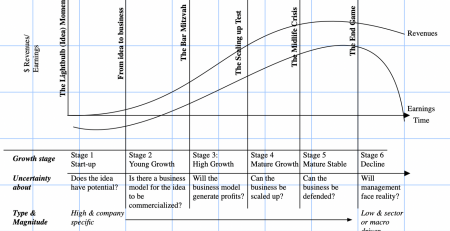