How Brexit Can Affect Italian Companies

How Brexit Can Affect Italian Companies by Alessandro Niglio

In case of Brexit, while agreements will affect long-term business, some Italian sectors will be affected in the short term due to the depreciation of GDP/EUR. No matter what the type of agreement, fiscal policy or tariffs, in any case , some Italian companies  will face negative impact on their  revenue in the short-term.

In one week  the referendum will be held that will decide whether Britain will remain part of the European Union or divorced from Brussels. With the vote approaching, everyone is  expressing their views on the benefits and repercussions  that the decision will bring.

I am not here to comment in the same way but to give some insights on Italian industry and companies that may be affected.

There are different opinions about the impacts of Brexit on Italy.

“According to Leonardo Simonelli, President of the Italian Chamber of Commerce in the UK, the possibility of a Brexit, however remote, would be very damaging – politically, commercially, and financially.  And above, all it would inevitably cause Italian investors in the UK to reconsider.”

Based on a Standard & Poor's report, Italy is not among the nations that are likely more affected in terms of economic, trade and migration, from a possible exit of Britain from the EU. Indeed, it is among the last in the “shock Classification” post-Brexit.

How is  UK important for Italian exports?

It seems that products from Italy are not replaceable.

The five products more decisive for Italian Export to UK are:

All together is 43.1% of total Italian exportation to the UK. This information can help us to understand which sector could be affected by Brexit decision.

I cover more than 30 Italian companies and the following are those that have a consistent part of the revenue from  UK.

For companies with  branch office in London (all those in the table have a subsidiary in the UK), the tax consequences should be assessed individually. But the United Kingdom would continue to benefit from the terms of  double taxation and would be constrained: it is probable that an exit of UK from the EU would have no effect on Italy. The Brexit could have some impact on the contracts.

Once out of the EU, London should negotiate with Brussels on a free agreement bilateral cartel’s model with Switzerland, the WTO relationship or the relationship with the Turkish Customs Union. At worst, UK will not reach an agreement and the EU could impose punitive tariffs on goods from the UK and vice versa.

We cannot forecast on the future agreements, so it is impossible  to provide a forecast for those companies now.

What can be sure is how the currency will affect companies. All those companies that have business in the UK but cost is not recorded there will face negative impact on their revenues if the currency depreciates.

GDP/EUR in the last year already lost -7.22% and a possible exit of UK can depreciate way more the pound.

If Brexit happens, probably there will be a general sell off but it is important to understand which Italian companies are affected by the event and which are not. Brexit can be a perfect catalyst for a good entry point in some Italian companies that have nothing to do with the Britain. 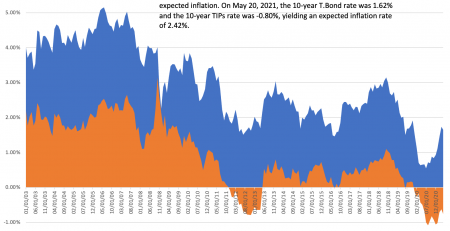 According to research from several sources, as well as market data, it looks as if China, the largest holder of US government debt, is dumping Treasuries at an alarming... Read More

The U.S. Department of Justice has sued Anheuser-Busch InBev NV (NYSE:BUD) (EBR:ABI) as a result of the company's $20.1 billion deal to purchase 50 percent of the Mexican brewer... Read More

Loonies Are Weaker Despite Spreads Remaining Narrow, Lower Open  Today While Asia closed mixed, there is some reasonably sharp selling early in the Euro session this morning, and yields are... Read More

This is the first part of a multi-part series on Dr Henry Singleton, legendary value investor and founder of the Teledyne empire. To ensure you do not miss the rest... Read More

Despite the many reiterations that this is the time to invest in equities, and that bonds are so much less exciting, hedge funds are still raking up exposure in... Read More