Brexit – Decision Of The Heads Of State Or Government

The Heads of State or Government of the 28 Member States of the European Union, meeting within the European Council, whose Governments are signatories of the Treaties on which the Union is founded,

Desiring to settle, in conformity with the Treaties, certain issues raised by the United Kingdom in its letter of 10 November 2015,

Intending to clarify in this Decision certain questions of particular importance to the Member States so that such clarification will have to be taken into consideration as being an instrument for the interpretation of the Treaties; intending as well to agree arrangements for matters including the role of national Parliaments in the Union, as well as the effective management of the banking union and the consequences of further integration of the euro area,

Recalling the Union's objective of establishing, in accordance with the Treaties, an economic and monetary union whose currency is the euro and the importance which a properly functioning euro area has for the European Union as a whole. While nineteen Member States have already adopted the single currency, other Member States are under a derogation which applies until the Council decides that the conditions are met for its abrogation and two Member States have, pursuant to Protocols No 15 and No 16 annexed to the Treaties, respectively no obligation to adopt the euro or an exemption from doing so. Accordingly, for as long as the said derogations are not abrogated or the said protocols have not ceased to apply following notification or request from the relevant Member State, not all Member States have the euro as their currency. Recalling that the process towards the establishment of the banking union and a more integrated governance of the euro area is open to Member States that do not have the euro as their currency,

Recalling that the Treaties, together with references to the process of European integration and to the process of creating an ever closer union among the peoples of Europe, contain also specific provisions whereby some Member States are entitled not to take part in or are exempted from the application of certain provisions or chapters of the Treaties and Union law as concerns matters such as the adoption of the euro, decisions having defence implications, the exercise of border controls on persons, as well as measures in the area of freedom, security and justice. Treaty provisions also allow for the non-participation of one or more Member States in actions intended to further the objectives of the Union, notably through the establishment of enhanced cooperations. Therefore, such processes make possible different paths of integration for different Member States, allowing those that want to deepen integration to move ahead, whilst respecting the rights of those which do not want to take such a course,

Recalling in particular that the United Kingdom is entitled under the Treaties:

Determined to exploit fully the potential of the internal market in all its dimensions, to reinforce the global attractiveness of the Union as a place of production and investment, and to promote international trade and market access through, inter alia, the negotiation and conclusion of trade agreements, in a spirit of mutual and reciprocal benefit and transparency,

Determined also to facilitate and support the proper functioning of the euro area and its long-term future, for the benefit of all Member States,

Respecting the powers of the central banks in the performance of their tasks, including the provision of central bank liquidity within their respective jurisdictions,

Having regard to the Statement containing the draft Decision of the Council on specific provisions relating to the effective management of the banking union and of the consequences of further integration of the euro area,

Noting the Declaration of the European Council on competitiveness,

Noting the Declaration of the Commission on the safeguard mechanism referred to in paragraph 2(b) of Section D of the Decision,

Noting the Declaration of the Commission on issues related to the abuse of the right of free movement of persons,

Having taken into account the views expressed by the President and members of the European Parliament,

Have agreed on the following Decision:

In order to fulfil the Treaties' objective to establish an economic and monetary union whose currency is the euro, further deepening is needed. Measures, the purpose of which is to further deepen economic and monetary union, will be voluntary for Member States whose currency is not the euro and will be open to their participation wherever feasible. This is without prejudice to the fact that Member States whose currency is not the euro, other than those without an obligation to adopt the euro or exempted from it, are committed under the Treaties to make progress towards fulfilling the conditions necessary for the adoption of the single currency.

It is acknowledged that Member States not participating in the further deepening of the economic and monetary union will not create obstacles to but facilitate such further deepening while this process will, conversely, respect the rights and competences of the non-participating Member States. The Union institutions, together with the Member States, will facilitate the coexistence between different perspectives within the single institutional framework ensuring consistency, the effective operability of Union mechanisms and the equality of Member States before the Treaties, as well as the integrity of the internal market.

Mutual respect and sincere cooperation between Member States participating or not in the operation of the euro area will be ensured by the principles recalled in this Section, which are safeguarded notably through the Council Decision1 referring to it. 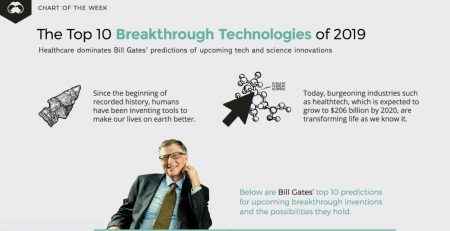 Gone are the days of turning stones into spears. With the advent of new technologies, we’ve learned to develop tools that not only make living faster and easier every... Read More

The Asset Management Industry And Financial Stability by IMF Summary Financial intermediation through asset management firms has many benefits. It helps investors diversify their assets more easily and can provide financing... Read More

The Barack Obama Wall Street legacy is complicated. The U.S. President appeared to voice frustration in a New York Times interview published Friday, but is the real frustration due to... Read More 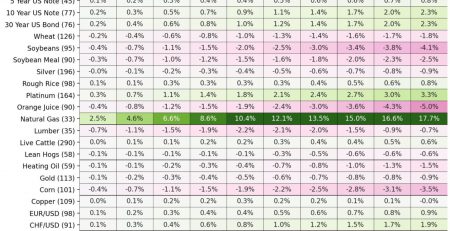 Preconditions For A Bottom…