The rising prices of crude as well as jet fuel have pushed many commercial and freight airlines into the red in the most recent quarter. This is because fuel accounts for one-third of costs at an airline.

Airlines that want to return to profitability have to either reduce their fuel expenses by using inexpensive fuel, using planes that use fuel more efficiently, or sourcing jet fuel at a lower cost than their competitors. Perhaps, ultimately, airlines will have to use a mix of all three approaches to reduce their fuel bills.

The CEO’s of various airlines have adopted different approaches to face this challenge. FedEx Corporation (NYSE:FDX) CEO, Fred Smith, has decided to retire many of the freight airlines’ older planes. On Monday, FedEx announced that it was retiring six Boeing MD10-10 planes and 18 Airbus A310-200 planes and taking a charge of $134 million. Earlier, the company had retired five Boeing 727-200s.

FedEx will be replacing these planes with Boeing 757-200 and Boeing 767-300 planes that can carry freight more efficiently, that is, using less fuel. With almost 700 aircraft in its fleet, FedEx’ latest move will certainly reduce its fuel bill.

Smith has been trying to cut fuel costs in his fleet of trucks as well. FedEx is moving to electric and hybrid trucks to cut costs. It is also exploring the possibility of tying up with Navistar International Corporation (NYSE:NAV) and Cummins to develop trucks that run on the less expensive Liquefied natural gas.

Apart from this, Smith is also exploring the possibility of using bio fuels and natural gas to fly his planes. However, the technology to do so has not yet been developed.

While FedEx has tried to reduce its fuel bills by shifting to more fuel efficient planes and trucks that run on cheaper fuel, Delta Air Lines, Inc. (NYSE:DAL)  has decided to purchase a refinery to obtain jet fuel at a lower cost. It is not clear yet how the purchase of a refinery will help Delta contain fuel costs, as it will still have to buy the crude at international rates. Delta will only be able to save the profit margins that the refineries charge.

Only time will tell which approach to deal with rising fuel costs is the most viable.

The United States is still in a strong stock bull market and it is not logical to be bearish when in a bull market. Get The Timeless Reading eBook... Read More

Hedge funds are piling up on their long bets in EUR and short bets in the AUD, the latest CFTC report shows. In the week ending on July 30th, hedge... Read More 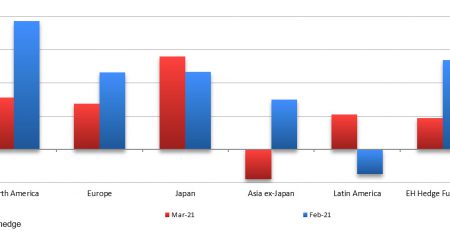 Hedge Fund Managers Were Up 0.95% In March

Key highlights for March 2021: Q1 2021 hedge fund letters, conferences and more Hedge fund managers were up 0.95% in March – supported by the strong performance of the global... Read More