Under the Hood: What’s in Your Index? (An Ongoing Series) – Credit Risk And The History Of Interest Rates by Horizon Kinetics

In our last two Under the Hood essays, we provided some context for the current, historically low interest rates. A brief recap: when we say “historically low,” we mean it – rates have not been this low in recorded history. As modern financial investors, we are truly in uncharted water. Many have a pressing need for income. But where can such income or yield be found? Government bond rates obviously are low (and by this, we mean the lowest ever). Corporate rates are no better. Investors who want anything above 3% are forced to accept real and undue credit risk, for what – 5%? It’s as if high yield investors are ignoring that they can actually lose principal. Historically, bond investors might have demanded something closer to a 10%-15% yield for the risk that is being assumed today for a fraction of that.

Compounding this problem, yield-seeking investors have turned to stocks. It is no coincidence that stock prices are now at all-time highs. It seems that a new record is broken every week. The sober investor might surely realize that stocks are expensive, with the S&P 500 trading at 18x earnings and at 3x book value. And that doesn’t touch the so-called safer blue chips, like the consumer sector or dividend aristocrat stocks, or the utility and REIT sector shares, which are trading at P/E ratios in the mid-20s. Nevertheless, a large audience believes that the mere 2% dividend yield of the S&P 500 is a superior value to bonds. In their minds, income is unconditionally demanded, and valuation/credit risk is irrelevant.

For investors on both sides of this argument, the following chart should at least give everyone pause. The red line is the 10-yr Treasury rate and the blue line the average equity yield (source: Shiller database; www.econ.yale.edu). In scary movies, the audience, if not the protagonists, are warned of danger by the swelling music. One wants to yell out to them: listen to the music! This is the music.

For the first time since the late 1940s, stock and bond yields have converged to around the 2% level. Once upon a time – say for the prior 80 years – investors demanded higher yields from stocks than from bonds as a tradeoff for the higher risk. Then we learned some formulas, like the dividend discount model, that takes account of the presumptive future growth of those stock dividends. Could both asset classes be overvalued? If nothing else, caution is in order here, and investors should be very thoughtful, perhaps more than at any other time in their careers, about where capital is being put at risk and why.

This is a danger not only presented to financial investors, but to CEOs as well. In an otherwise no-return-on-reserves world, corporations are pressing every angle of their balance sheet for a higher return on equity. An expanding cash balance, which effectively earns no income, actually lowers the ROE, and disenchants shareholders. Oddly enough, cash is now viewed by many as a liability. Some, though, like private investors and owner-operator CEOs, do not believe that cash is a wasting asset. They understand that it protects against credit market dislocations, that it provides opportunistic degrees of freedom, that it is an active strategic asset.

We pose this question not merely out of curiosity. It was not that long ago (i.e., the Credit Crisis of eight years ago) that some corporations frantically raised debt and equity through desperate means to obtain cash and improve their credit in a lending market that had all but closed. In the aftermath, those recognized as the most gifted CEOs, typically owner-operators, were those who deliberately held plenty of cash—this afforded them the flexibility to undertake opportune transactions when peers were strapped for liquidity. Have times changed or what?

Shareholders now increasingly demand that companies deploy, not save, cash through share repurchases, dividends, or acquisitions. Their reasoning is simple: returns on cash and cash equivalents are insufficient. Returns on capital and earnings per share will be higher if cash is spent, even if it earns only a few percentage points.

CEOs appear to be listening. There is a rather voracious appetite to acquire assets, otherwise known as the mergers and acquisitions (“M&A”) market. Here are a few examples, all from announced transactions during the first half of 2016.

Danone, a global food and beverage conglomerate, is offering to acquire WhiteWave Foods Company, a maker of organic food products. Organic is perhaps the fastest growing segment within the food and beverage industry, and Danone clearly wants in. WhiteWave is forecasted to earn $1.40/share this year. Relative to the offer price of $56.25, this is a P/E ratio of 40.2x. Some might contend this is expensive for a consumer staple company.

Microsoft recently announced that it is acquiring LinkedIn for $196/share in cash. Microsoft has made no secret of its desire to expand its social media portfolio – at almost any price. LinkedIn might earn $3.45/share this year, implying a 56.8x earnings multiple.

Softbank, a Japanese holding company run by Masayoshi Son, and owner of Sprint, is acquiring ARM Holdings, a chip-maker for handheld devices, for £17/share. ARM is expected to earn 35.58 pence/share in 2016, implying an acquisition P/E of 47.8x. ARM, of course, operates in one of the most competitive industries in the world that is subject to cyclicality and margin erosion: technology equipment.

Finally, global consumer product conglomerate Unilever is purchasing Dollar Shave Club for $1 billion. Dollar Shave Club, a California-based start-up, offers a membership-based alternative to the high-priced razor market dominated by Gillette. Unilever suggested that Dollar Shave Club might generate $200 million in revenues this year. However, it has been reported that this business makes no money. Isn’t it hard to imagine that a company which can produce $200 million in sales earns not even a penny of profit? Unilever might soon find out why.

All of these acquisitions (and there are more) have occurred at multiples above 40x earnings. Is this a sign that CEOs are becoming increasingly uneasy and aggressive with their deployment of cash? One could certainly argue that. These types of acquisitions, which are becoming more common than not, at a minimum, should make equity investors question a principle seemingly ignored of late: valuation.

The no-return-on-cash dilemma is very real – CEOs have a fiduciary responsibility to generate sufficient returns for shareholders. Acquisitions are eye-catching, and their proposed benefits and synergies easily explained. Moreover, cheap debt is dangled in front of CEOs by investment bankers every day. This is like pouring gasoline on an already blazing fire.

Borrowing at 3% and less doesn’t feel like real leverage normally does. CEOs can make an instant positive impact on revenues without losing any profit through the commensurate increase in interest expense. In some ways, why wouldn’t a CEO take advantage of artificially cheap money to magnify revenue growth via acquisitions? After all, they are partly compensated through increases in earnings per share and the share price.

To use a previous example, Danone is acquiring WhiteWave Foods for 40x earnings. The going-in return for this acquisition will be 2.5% (1/40). Microsoft will initially earn 1.8% from its LinkedIn acquisition, which is occurring at a 56.8x multiple of earnings. These returns, low as they may be, are actually justifiable considering current borrowing rates and cash yields. A 1% or 2% return is better than zero.

There is one great problem with all of this. In the case of cheap debt, this is in fact real leverage. These companies have taken on additional balance sheet liabilities, though the interest burden is now not really noticeable on the income statement. If any of these companies ever faces earnings difficulties, or some degree of future credit risk, shareholders could be in real trouble. Or, to the extent this is variable rate debt (or maturing debt), what if interest rates rise? This filters through to the income statement, expressed through a lower P/E, and shareholders suffer.

If these companies are not generally the credit risk-type situations, perhaps like Microsoft, there is always an impairment risk. In other words, if these acquisitions made at enormous valuations do not prosper, there almost assuredly will be impairment charges to follow. Who bears the consequence of this? Shareholders, of course.

Naturally, this is not a mainstream argument. There are those who will contend that the acquisitions occurring now are all sensible, products of low interest rates. They will argue that each company is guided by a skillful CEO who will be able to achieve massive synergies and revenue expansion, such that the high multiple will ultimately be justifiable. Or, future credit risk is a non-issue, as interest rates are not going to rise anytime soon. Or, CEOs are hired to grow the business, not hoard cash (earning 0% from an asset is not effective management). And so on, and so on.

This low return environment, at the very least, will have some consequences for shareholders. Reasonable minds might disagree as to its severity, but we are most certainly in untested territory. The cash-as-a-liability mentality is very likely creating balance sheet bubbles. Those who still believe that cash is a valuable asset and a protector against financial difficulty and a well of investment possibilities when the tide turns could be rewarded in the years to come.

Notes from the Pabrai Investment Funds 2014 annual meeting via BitsBusiness H/T CornerOfBershireAndFairfax Fund Facts :  Mohnish Pabrai is the principle investor and is a classic value investor in the tradition of Warren Buffett and... Read More

Cindy Whitehead, the CEO of Sprout Pharmaceuticals who oversaw the first prescription drug to enhance women’s sexual drive, is quitting just two months after the company was bought by... Read More 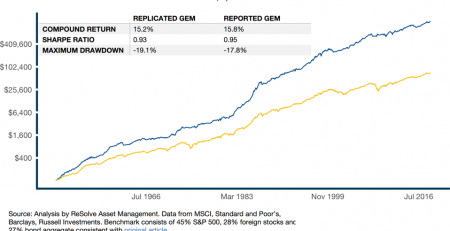 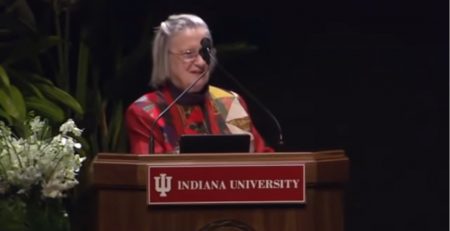