This new interview with David Herro on Credit Suisse, Swiss Banks and more has been published on the website of Finanz und Wirtschaft, Switzerland’s leading business newspaper. Below are excerpts (re-posted with permission) – The full interview between Finanz und Wirtschaft editor Christoph Gisiger and Herro can be found here -> http://www.fuw.ch/article/the-setback-in-the-shares-of-credit-suisse-is-not-justified/

Particularly hard hit was Credit Suisse, one of your largest positions.

The setback in the shares of Credit Suisse is not justified. Six or seven months ago the share price was at SFr 26. Today it’s about half that. But it isn’t worth half of what it was six months ago. This price destruction does not at all mirror what is happening with the intrinsic value of the company. We have been invested in Credit Suisse for more than ten years. We almost sold out completely around 2006. Then the financial crisis came and Credit Suisse did better than most other financials. The company seems to have learned from its debacle in 2001/02 with the tech bubble. But recently, it faced some headwinds. Headwind number one was a change in the regulatory environment. The regulator in Switzerland just kept wanting more and more capital. Headwind number two was the big fine they had to pay because of the privacy rules, the bank secrecy.

And most recently, the company had to issue a profit warning. Is the new CEO Tidjane Thiam on top of the situation?

The prior CEO meant to de-emphasize the investment bank, but quite clearly didn’t do it fast enough. As a result, he left his successor with a bigger problem than he should have. Mr. Thiam is completely and adequately focused on doing what is the right thing. That is transitioning the bank at a quicker pace from risk taking in the investment bank to using that capital to build out the wealth management business. That means to deploy capital where it has the highest chance of making a trough cycle return. This is what was supposed to have happened two or three years ago.

How much longer can you be patient?

Mr. Thiam is going to get behind all this. But this isn’t easy. Now, he has to downsize the investment bank even faster and of course everyone there is going to complain about it. You know the nature of traders. As he is cleaning the place up there is going to be noise in the short term as many of the parties who caused this mess are being wound down and unhappy about it. Well, too bad. They had a skewed probability distribution as to their rewards. If their trades made tons of money they made tons of money and the shareholders hardly made any. And if their trades lost money they lost nothing and we lost. So they should be ignored. They should keep their mouth shut and they should feel guilty for causing this value destruction to the shareholders.

And what about improvements in the board of directors? At the end of the day, the board is co-responsible for the strategic missteps in the past.

There is a word in Japan called Kaizen. It means continuous improvement. I think every board in the world can continuously improve, including the one at Credit Suisse. A board should always look for ways to improve itself, ways to make sure that the company has astute, active board members who are helping the management to achieve the goals and objectives of the company. You need people who understand the language of value creation: running assets as efficiently as possible for medium and long term profitability, not for a quick profit. I guess, if you look at what’s happened, certainly people made mistakes. Some of these assets shouldn’t have been on the balance sheet. Obviously, there was some issue somewhere. That might indicate that we need some strengthening on the board. You need to have members who understand the business, who can help make sure we have compliance and systems in place so we don’t have these booboos.

Additionally, there is also the question whether Credit Suisse is going to need more capital.

If we look at the end of this year or at the beginning of next year I think the clean up will be largely over if not completely over. And we will be able to see the results of putting capital where it belongs and that’s where it earns a through cycle return. Also (ALSN 64.6 0.62%), if they float the universal bank that frees up more capital. So Credit Suisse should be on a good basis.

You are also invested in Swiss financial companies like Julius Bär and EFG International. What do you like about Swiss banks in general?

So far Julius Bär has done a pretty good job. We started investing in the company when Mr. Raymond Bär started to get rid of everything. He consolidated the share classes and brought in outside of the family management. Remember: They had an investment bank and they had a brokerage firm. So we’ve been invested in Julius Bär for a long time. They have been fairly acquisitive but so far it looks like their acquisitions made sense and and have been done at the right price. The world needs good wealth management. Wealth is growing, this is a growth industry.  It should be a good mid to high single digit growth business over time. If you do it right you should be able to make money on it. And that’s what the Swiss banks were always good at.

However, when it comes to reputation, the Swiss financial industry has seen better days.

The Swiss banks relied on a crutch called secrecy and that has ended. The big ones knew it was ending pretty soon and they started to go onshore. Julius Bär, UBS (UBSG 15.36 4.63%) and Credit Suisse have all gone onshore. But the smaller ones, the ones who relied on offshore money are in trouble. They don’t have the systems and they will need to be consolidated. So you see EFG buying assets and you are going to see more of that because these little guys who haven’t done the compliance right and who have relied too much on undeclared money are going to be in trouble. You have a dichotomy in the Swiss financial industry: The strong ones will get stronger over time and the weaks ones will either go away or they will have to merge.

Miami has a highly cyclical property market where the magnitudes of the booms and busts dwarf anywhere else in the country.  In my experience, trends in Miami real estate... Read More

Housing starts- which represent the number of new residential construction projects that have begun in a given period-rose a further 3.6 percent in October, signaling a four year high... Read More

Most rich people are good at making money. And in order to stay rich, they also need to be good at keeping their money. Get The Timeless Reading eBook in PDF Get the... Read More 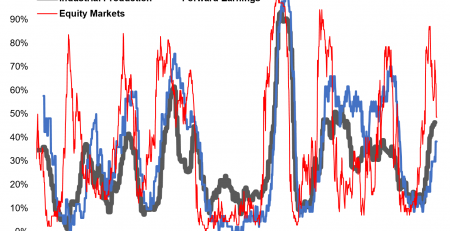