We ended the most recent article “Do Not Say You Were Not Warned – Again” with the 720 Global tag line –“At 720 Global, risk is not a number. Risk is simply overpaying for an asset”. The phrase hints at one of the most important and ironically, least followed rules in money management – limit ones losses. Like many important lessons, this is much easier said than done. The million dollar question facing investment managers that understand the value of this proposition is – how do you limit or prevent losses without constructing a portfolio comprised primarily of bonds and/or cash? In the past we have focused on more traditional strategies to answer this question. This article focuses on an alternative asset class, agriculture. The possible transition from a record breaking El Nino to a La Nina pattern may be a significant variable affecting commodity prices. Understanding this meteorological cycle change can give investors an edge in seeking unique assets with promising risk/reward scenarios.

La Nina and El Nino (The Boy and The Girl) To succinctly summarize the two climatological conditions we provide a short description and visualization from the National Oceanic and Atmospheric Administration’s (NOAA):

El Nino refers to conditions when the sea's surface in an area along the equator in the central and eastern Pacific Ocean gets warmer than usual. The average water temperature in that area is typically just 1-3°C (about 2-5°F) warmer than normal, but it has the effect of adding huge amounts of heat and moisture to the atmosphere, ultimately affecting patterns of air pressure and rainfall across the Pacific and beyond.

La Nina is the climatological counterpart to El Nino-a yin to its yang, so to speak. La Nina refers to periods when sea-surface temperatures in the equatorial central and eastern Pacific are cooler than normal. The lower surface temperatures suppress transfer of heat and moisture to the atmosphere, again affecting air pressure and precipitation patterns across a large region.

Currently we are in the midst of one of the strongest El Nino cycles since 1950 when NOAA started keeping official records. The graph below charts the Oceanic Nino Index (ONI) which measures temperature variations in the central-eastern pacific. The prevailing El Nino currently measures 2.30 degrees Celsius above average and well above the 2.0 degrees threshold indicating a “very strong” cycle. Based on current oceanic readings it is possible temperatures may rise even further, putting this El Nino in a class by itself.

NOAA is currently forecasting the El Nino will gradually weaken through the coming spring. It is then expected to normalize and ultimately change to a La Nina over the summer months. A rapid reversal of the cycle is fairly common. As shown above, 5 of the 6 previous “strong” or “very strong” El Nino’s since 1959 have reversed into “weak” La Nina’s at a minimum (less than -.50).

La Nina periods frequently, but certainly not always, result in drought conditions in southern California and below normal rainfall in the central plains. During La Nina periods the northwest tends to be wetter than average and the Caribbean and United States tend to have an increased risk for hurricanes. Most importantly La Nina generally results in higher chances for a warmer and drier than normal summer in the Midwest and Plains states.

As noted above, one of the frequent effects of a transition from El Nino to La Nina is a warmer and drier environment in the Midwest and central plains. Such a weather pattern typically reduces the amount of harvestable corn, wheat and soybeans, the primary crops planted in those areas.

Over 50 years worth of ONI and commodity pricing data were used in this study. Over the period we analyzed there were 9 instances when a NOAA classified “moderate” or “strong” El Nino rapidly flipped to at least a “weak” La Nina. In all of these instances the oceanic temperature from El Nino peak to La Nina trough dropped at least 2 degrees Celsius and averaged a drop 2.83 degrees Celsius.

The graph below highlights these 9 periods with black dotted lines and alphabetical labels. Below the graph lies a table defining each period.

In the following table we evaluate the changes in crop prices that occurred during the El Nino/La Nina transitions.

Of the 9 instances since 1965 all but one period, G (1998-1999), coincided with price gains for the 3 crops. It is worth noting however that period G, the only one where the crop prices fell, was the strongest El Nino on record until the current El Nino surpassed it. The other “Very Strong” cases C and D, resulted in respectable subsequent price appreciation.

There are many variables that determine crop output and crop prices in addition to weather. This article, solely focuses on the relationship of historical price changes that occurred during periods where a flip from El Nino to La Nina occurred. We highly stress that price action during these periods were not solely a result of El Nino and La Nina.

The data is very compelling, however investing in corn, wheat or soybeans is not for the average investor. To help overcome the difficulties and traps that typically torment inexperienced commodity investors, we sought an ETF that might replicate such an investment in the commodity markets. We were only able to identify 1 ETF of acceptable size and liquidity standards, Invesco’s PowerShares DB Agriculture Fund (DBA). However, DBA is not a pure play on the 3 aforementioned commodities. In fact the 3 commodities highlighted above only account for 37.5% of DBA. The other 62.5% of DBA is comprised of the following: Cotton, Sugar, Coffee, Live Cattle, Feeder Cattle, Lean Hogs, and Cocoa.

To measure DBA’s value as a substitute for investments in corn, wheat and soybean futures, we applied DBA’s current commodity allocation and recreated prior performance as if the allocation had been fixed since 1965. The table below compares DBA’s hypothetical performance to that of the aforementioned crops in the prior table. While clearly not a perfect substitute it has been a reasonable surrogate.

Shown below are 5-year price graphs for corn, wheat, and soybeans. Note the current price of each respective commodity is below 1-, 3- and 5-year ago levels. While price is not necessarily an arbiter of cheapness, it does provide additional comfort to those looking to take advantage of a potential transition to a La Nina Cycle.

This article presents a time and weather tested variable with a great track record for predicting the appreciation of certain crop prices. Its prior results lead us to believe that corn, wheat, and soybean prices as well as the price of DBA could rise if the current El Nino transitions to a La Nina as many professionals expect.

This is not a recommendation to bet the farm, so to speak, on commodities. The data we have supplied does not guarantee a positive return. Period G, from above, for example produced poor results despite a transition from the strongest El Nino at the time to a strong La Nina.

Our objective is to offer idea generation that fits the mold for a prudent investor looking to expand investment opportunities into what appears to be value plays. Therefore, in conjunction with the evidence offered by this rather durable climate cycle, there is the opportunity to acquire agriculture related assets at tempting valuations. It goes without saying but bears repeating anyway – do your homework on the many variables that affect crop prices and fully understand the risk entailed before transacting.

720 Global is an investment consultant, specializing in macroeconomic research, valuations, asset allocation, and risk management. Our objective is to provide professional investment managers with unique and relevant information that can be incorporated into their investment process to enhance performance and marketing. We assist our clients in differentiating themselves from the crowd with a focus on value, performance and a clear, lucid assessment of global market and economic dynamics.

720 Global research is available for re-branding and customization for distribution to your clients.

For more information about our services please contact us at 301.466.1204 or email [email protected]

How To Avoid The Worst Sector Mutual Funds 1Q18

Question: Why are there so many mutual funds? Answer: mutual fund providers tend to make lots of money on each fund so they create more products to sell. Get The Timeless... Read More

The Era Of The Fed “Put” Is Over

To all those investors expecting the Fed to step in to backstop the recent weakness seen in the stock market, Wolf Richter warns: The cavalry isn't coming. Get The Timeless... Read More 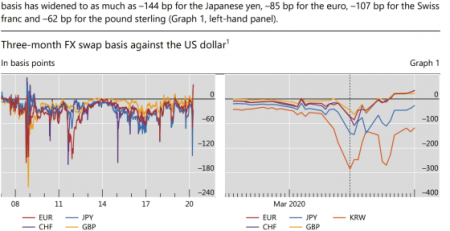 Traders or Commodity Finance Banks pt. XXIV: -The American Dollar Commodity, an Harbinger of the Risk-Capacity in the Swiss-based Commodity Sector.

If money is a commodity, the American dollar is the best brand in this world  (this is not an understatement). The sharp appreciation of the dollar coinciding with a large... Read More

How to Win the Loser's Game: The Trailer Read More

Hedge fund Assets Under Management expands at weakest pace since 2009 but managers post 7th straight month of gains Hedge funds were up 0.50%1 during the month of September, outperforming... Read More

Elon Musk sealed the deal. On Monday, Twitter accepted Musk’s $44 billion offer to buy the company and take it private. Musk is putting down $21 billion in cash... Read More