On Monday, Exxon Mobil Corporation (NYSE:XOM)  and Rosneft Oil Co (PINK:RNFTF) agreed to a partnership that will allow Exxon to tap Russian reserves in the Arctic while Rosneft will be able to gain access to reserves in North America.  In addition, the partnership states that they will form a joint venture to explore for oil in the Kara Sea and Black Sea, also the terms for Russian offshore projects have been included.  The cost of beginning the exploration is estimated at $3.2 billion.

Rosneft gets access to Exxon’s La Escalera Ranch project which is located in the Delaware Basin in West Texas.  Neftegaz Holding America Ltd is the sector of Rosneft that has been given a 30% stake in the Exxon project.  Neftegaz also has the option to acquire a 30% stake in 20 blocks owned by Exxon in the Gulf of Mexico.

A different Rosneft sector will be acquiring a 30% stake in Exxon’s holdings in the Harmattan project in Alberta, Canada.

Exxon’s side of the partnership says that they will have access to Russia’s Arctic reserves and the right to begin offshore drilling off the coast of Russia.

The good news of this is the fact that Russia is being more open to foreign investment.  This is considered to be a big moment for Russia and both parties will be able to profit and grow from this partnership.  Imagine if they found oil during their exploration in the Kara Sea or Black Sea.  This definitely is great growth for both oil firms.

The deal may look a little lopsided in Rosneft’s favor but if you actually look at it, the deal is pretty fair.  Rosneft gets a nice 30% stake in a couple of Exxon’s fields with the option to acquire more of Exxon’s holdings in the Gulf of Mexico.  In exchange, Exxon gets access to Russia’s precious Arctic reserves and offshore drilling clearance.  To wrap it all together, they have an exploration partnership as well.

For Exxon, this is big news because they are now able to expand operations into Russia, which has historically been near impossible.  Not to mention, since Russia’s Siberian oil reserves appear to be running out, it is a sigh of relief for them because they now have access to wells in North America.

On a political note, Vladimir Putin (next Russian President) stood with Exxon CEO Rex Tillerson for pictures after the deal was signed.  One must wonder if this could be  foreshadowing how Putin’s term will be like when he retakes the Presidency.

Data from CFTC shows that investors took the week ending on June 4 to reduce their crowded bets in financial futures. One of the most significant reversals was seen... Read More

One of the value investors we like to follow closely here at The Acquirer’s Multiple is Francis Chou, founder of Chou Associates Fund. Chou recently released his 2018 semi-annual... Read More

Most investors are familiar with Joel Greenblatt’s Magic Formula, made famous in his book, “The Little Book That Beats the Market”. The key drivers of the Magic Formula we know... Read More

Private Equity Spotlight: 2015 In Review by Preqin In this month’s Spotlight, we provide a summary of this year’s top 10 hottest topics in private equity that Preqin has covered... Read More 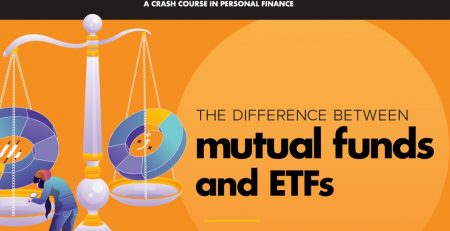