A New Jersey judge has dismissed a $3.2 billion lawsuit filed by Prem Watsa’s Fairfax Financial Holdings Limited (TSE:FFH) and its Morristown-based subsidiary, Crum & Foster. The two parties filed a suit back in 2006 accusing individuals and 27 other companies, including Exis Capital Management and Morgan Keegan, of using dubious methods like bribery and stock fraud, among others, to harm the business.

The dismissal came after Exis Capital Management and Morgan Keegan successfully convinced the New Jersey judge that the information provided by Fairfax was falsified and invalid, citing that the case was a campaign of false negative information.

Although the judge gave into persuasions of dismissal, he maintained that the core reason for his decision was not the repetitive pleas, but the fact that New Jersey law doesn’t support Fairfax’s compensation. A transcript of his September 11th case revealed this alongside another interesting piece of information. Apparently, the judge did acknowledge that investors were out to tarnish Fairfax’s name. New Jersey law however, doesn’t support the payment of such damages and Fairfax will have to accept the reality.

Fund manager at Exis, Adam Sender, expressed his satisfaction in the ruling, exclaiming that as far as he was concerned, Exis played by the rules. “Our company plays by the rules and this lawsuit should never have been filed in the first place,” he noted. Over at Fairfax, the reaction was a complete foil of what was witnessed at Exis. Michael Bowe, Fairfax attorney, noted that the company was not in any way satisfied by the ruling and expressed the company’s undisguised intention of pushing forward with an appeal.

This dismissal sends Financial Holdings Limited (TSE:FFH)’s hopes down the drain, as it adds to an increasing pile of previous dismissals. Since the lawsuit came into existence in 2006, a series of judges have dismissed varied counts, and Fairfax now remains with little to fight for after this latest dismissal.

As this $3.2 billion lawsuit goes out the door, it goes away with a host of controversy. Merely last week, the lawsuit was developing swiftly after fresh allegations were made, signaling the case’s potential to blow out of proportion. As we had reported, Dan Loeb’s Third point was accused yet again for conspiring to destroy Fairfax.

Another prominent name that has also been dragged into this disputed case, is Jim Chano’s Kynikos Associates, joining a long list of other highly reputable hedge funds. 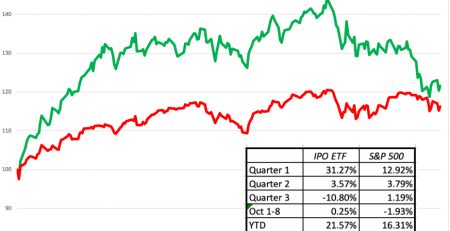 We do not usually do breaking news at 11:00 PM EST at night but these events could be Lehman style and are at least for now pretty significant making... Read More