Rafferty Capital Markets' Richard X. Bove warns that tinkering with the current housing finance structure could be a recipe for disaster, especially if the tinkering happens for political reasons.

Today’s issue of the Wall Street Journal indicates that the heads of the Senate Banking Committee Tim Johnson (D., SD) and Mike Crapo (R. ID) have reached an agreement on a broad piece of legislation to replace Fannie Mae / Federal National Mortgage Assctn Fnni Me (OTCBB:FNMA) and Freddie Mac / Federal Home Loan Mortgage Corp (OTCBB:FMCC). In addition, the proposed legislation would restructure the housing finance market and seek to maintain the existence of the 30-year fixed rate mortgage.

The very last paragraph of the article suggests that the government will have no choice but to let some of the benefits of owning these stocks flow back to their shareholders. What this means is unclear but it does suggest that the authors of the new legislation will not abandon current public shareholders of the companies.

The Journal with its clear bias against private holders of financial stocks gratuitously suggests that hedge funds and institutional investors can realize huge gains if the public shareholders are given some relief. This anti-capitalist argument fails to mention who the biggest winners would be if the current ownership structure is maintained. They would be American taxpayers.

The United States government owns warrants which give it the right to purchase 4.6 billion shares of Fannie Mae / Federal National Mortgage Assctn Fnni Me (OTCBB:FNMA) and 2.6 million shares of Freddie Mac / Federal Home Loan Mortgage Corp (OTCBB:FMCC). In the three months since we started writing about these companies the value of these warrants has gained by approximately $3.75 per share or 156%. In dollar terms this is $31 billion. Tens of billions more are likely to accrue to the taxpayer if the current ownership structures are maintained.

Also, for the information of those who like the Journal cannot abide by private sector holders of the stock making money, remember they are Americans too. Why the Journal and its fellow travelers hate the American shareholders of these and other banking companies’ remains a mystery but it should not be part of the broader discussion.
The critical issues are twofold:

1. Maintaining the value of American homes, and

2. Maintaining the flow of funds to the mortgage markets.

The current housing finance structure did both. Tinkering with it is a dangerous proposition. The U.S. taxpayer has been a winner by supporting these two giants and the banking system when they were in deep trouble in 2008. There has been a meaningful addition in cash to the Treasury and the maintenance of a successful financial system. That is now being torn apart in traditional banking by bureaucrats who fail to see the broader finance picture. Hopefully, housing finance will not follow the same course.

Loss averse fund managers are far more likely to get fired than their more aggressive colleagues according to a recent study which found that 36% of the most risk... Read More 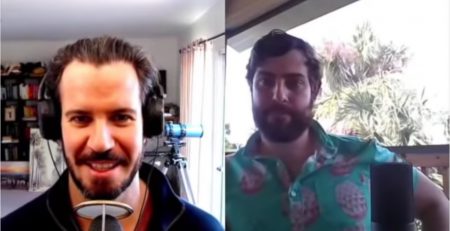 During his recent interview with Tobias, Andrew Walker, Portfolio Manager at Rangeley Capital discussed Why #neversell Is Cyclical. Here’s an excerpt from the interview: Q3 2020 hedge fund letters, conferences and... Read More

China’s currency is no doubt influenced by its central bank’s intervention, but recently, as the potential for a 2015 rate hike moves off the table, so too has the... Read More