Fed: 46 Percent Say They Would Struggle To Meet Emergency Expenses Of $400 – ValueWalk Premium

American families overall reported continued mild improvement in their financial well-being in 2015 although many families were struggling financially and felt excluded from economic advancement, according to the Federal Reserve (Fed) Board's latest Report on the Economic Well-Being of U.S. Households.

“The new survey findings shed important light on the economic and financial security of American families seven years into the recovery,” said Fed Board Governor Lael Brainard. “Despite some signs of improvement overall, 46 percent say they would struggle to meet emergency expenses of $400, and 22 percent of workers say they are juggling two or more jobs. It's important to identify the reasons why so many families face continued financial struggles and to find ways to help them overcome them,” she said.

The survey results also emphasize that not all groups report improvement in their financial well-being. Respondents with higher levels of education are most likely to say that their financial situation has improved over the past year. Thirty-one percent of respondents with at least a bachelor's degree reported an improvement in 2015 and 15 percent reported a decline. Among those with a high-school degree or less, 22 percent of respondents say that their well-being improved over the past 12 months, while 21 percent say that their well-being has declined.

The survey found that individuals with lower incomes, racial and ethnic minorities, and individuals with parents of modest financial means report greater financial challenges. Forty-three percent of adults with a family income under $40,000 do not have a bank account or use an alternative financial service; non-Hispanic blacks are 19 percentage points less likely to be satisfied with the overall quality of their neighborhood than are non-Hispanic whites; and young adults whose parents did not attend college are 48 percentage points less likely to attend college–and more likely to attend a for-profit institution if they do–than are those whose parents have a bachelor's degree.

Educational satisfaction differed significantly by the type of institution attended. Forty-nine percent of adults who attended a for-profit institution report that if they could make their educational decisions again they would have attended a different school.

Among individuals who went to college, education debt is common. More than half of adults younger than 30 who went to college took on at least some debt to do so. This debt extends beyond just student loans. Twenty-one percent of all adults with debt from their own education have education-related credit card debt, with a median balance of $3,000.

The survey also provide insights into saving for retirement. Thirty-one percent of non-retired respondents have no retirement savings or pension. Among those who have a defined contribution pension plan or other self-directed retirement account, 49 percent are either “not confident” or just “slightly confident” in their ability to make the right investment decisions in these accounts.

Previous surveys have informed the Fed and other government agencies about consumer financial behavior and opinions. The survey was conducted on behalf of the Board in October and November 2015. More than 5,600 respondents completed the survey. Topics covered in the survey and the report include savings behavior, economic preparedness, banking and credit access, housing and living arrangements, auto lending, education and student debt, and retirement planning.

The report and a video summarizing the survey's findings may be found at: https://www.federalreserve.gov/communitydev/shed.htm.

Report on the Economic Well-Being of U.S. Households in 2015 (PDF)

In order to monitor the financial and economic status of American consumers, the Fed Board conducted the third annual Survey of Household Economics and Decisionmaking in October and November 2015. This survey provides insights into the well-being of households and consumers, and provides important information about how individuals and their families are faring in the economy. Topics examined in the survey include the overall wellbeing of individual consumers, income and savings behaviors, economic preparedness, access to banking and credit, housing decisions, car purchases and auto lending, education and human capital, student loans, and retirement planning.

Overall, individuals and their families continue to express mild improvements in their general well-being relative to that seen in 2013 and 2014. However, a number of adults still indicate that they are experiencing financial challenges, and optimism about the future tempered in 2015.

The survey also asks respondents about several specific aspects of their financial lives:

Most respondents report that they saved at least some of their income in the prior year. Income volatility, however, represents a concern for many lower-income families.

Nearly half of adults are ill-prepared for a financial disruption and would struggle to cover emergency expenses should they arise.

A majority of individuals believe that credit is available to them should they apply for it. However, a sizeable minority of those who recently expressed a desire for credit report some difficulty in getting approved.

Most respondents are satisfied with the quality of their house and neighborhood, although this varies based on the income level of the community. Additionally, most homeowners feel that their house appreciated in value in the prior year.

Just under one-quarter of adults indicate that either they or their spouse or partner acquired a new vehicle in the year prior to the survey. When shopping for a new car, a majority of consumers shop around for both the car and for financing.

The likelihood of attending college, and the type of college attended, differs based on the background of one’s parents. Additionally, the perceived value of a postsecondary education varies widely depending on program completion, institution type, and major.

Over half of adults under age 30 who attended college took on at least some debt (student loans, credit card debt, and other forms of borrowing) while pursuing their education. The likelihood of falling behind on student loan payments varies depending on the type of institution attended and the level of education completed.

Many individuals report that they have no retirement savings, and—among those who are saving—a number of respondents indicate that they lack confidence in their ability to manage their retirement investments.

What's Next For Valeant Pharmaceuticals (VRX)?

What's Next For Valeant Pharmaceuticals? by Probes Reporter Disclosure Insight™ reports provide commentary and analysis on public company interactions with investors and with the SEC.  Soon Probes Reporter will become... Read More

Knight Capital And Its Two Suitors Discuss Take Over Possibilities 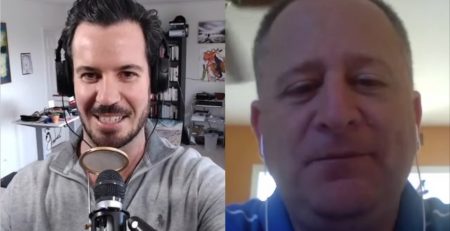 During his recent interview with Tobias, Eddy Elfenbein, who owns the popular investing blog Crossing Wall Street Blog, discusses why investors should look for companies that have a pseudo-monopoly.... Read More

Great transcript from the Berkshire annual meeting with a focus on Amazon.com, Inc. (AMZN) - stay tuned as we will have a lot more coverage in the coming days Get... Read More 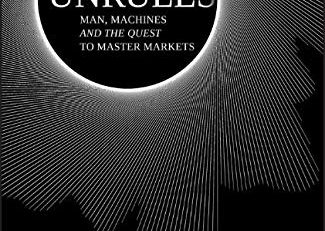 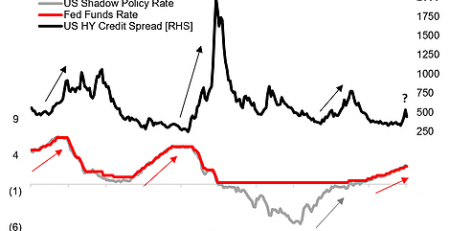 ALLY FINANCIAL, INC. (PINK:ALFI) has repaid $4.5 billion of debt owed to the US Government after it helped to bail the company out during the 2009 financial crisis. ALLY FINANCIAL,... Read More