We believe that APR’s response is completely unsatisfactory and fails to address the publicly available independent evidence indicating that APR has made material misrepresentations to Taiwanese regulators and investors about the scale and profitability of its business.

On April 24, 2014, we published our investment opinion on ASIA PLASTIC RECYCLING HOLDING

LIMITED (“APR” or the “Company”), a People?s Republic of China (“PRC”) based producer of EVA

We believe that in this case, APR?s response is completely unsatisfactory and fails to address the publicly available, independent evidence indicating that APR has made material misrepresentations to Taiwanese regulators and investors about the scale and profitability of its business.

APR claims to have spent RMB 126 million in 2011 to acquire 137 mu of additional land for the expansion of the Fujian facility (RMB 919,700 per mu). However, in our report, we presented publicly available land records posted on soudi.cn, which showed that APR purchased this land at auction from the Land and Resources Bureau of Jinjiang for only RMB 31 million, which is 75% less than the RMB 126mm in acquisition cost reported to Taiwan investors and regulators.

In the APR Response, the Company agreed with Glaucus that the cost of the land for the Fujian Expansion Project was only RMB 31 million (RMB 226,000 per mu), but argues that the government records do not reflect the full purchase price of the land because it fails to include payments made by the Company to farmers and infrastructure fees paid to the local government.

In 2012, APR reportedly acquired 150 mu of land for RMB 57.9mm (average of RMB 386,000 per mu) for the expansion of facility in the city of Jurong in Jiangsu province. But according to records from the Department of Land and Resources of Jiangsu Province, which are available to any investor online (by clicking  here), APR only paid an average of RMB 163,000 per mu (a total of RMB 23.6mm) for the land purchase, meaning that APR spent 59% less than the amount reported to Taiwan investors and regulators.

In the APR Response, the Company stated that the government records of the land purchase did not include infrastructure fees, which APR claims were RMB 223,000 per mu.

Again, this response is completely unsatisfactory. The Jurong City Land and Resources Bureau  publishes the purchase price of land in the Jurong Economic Development Zone (the same district in which APR purchased property for its facility). These purchase prices include infrastructure fees.

The Jinjiang city (Fujian province) government publishes an annual list,  available to any investor online, which ranks the top taxpaying businesses operating in Chendai county, Jinjiang city. APR, whose headquarters, production base and only meaningful PRC operating subsidiary are based in Chendai, reported to Taiwanese investors and regulators that it paid RMB 381mm in PRC income taxes and (we estimate) RMB 302mm in VAT from 2010 through 2013. Yet according to the Jinjiang government, APR only paid between RMB 28mm and RMB 80 mm in total taxes from 2010 through 2013, which is only 4% to 12% of the amount reported to Taiwanese investors and regulators during that period. This suggests that APR has vastly exaggerated the scale and profitability of its business.

In its first press conference on April 25, 2014, responding to our report, APR stated that the Company reported a lower level of tax payments to the Jinjiang government because it did not want to „advertise? the profitability of its business to its rivals.

This explanation is likewise poor. Why would the Jinjiang government publish tax rankings that are inaccurate? Why would a Communist Party member, who works at APR and is therefore most likely familiar with the earnings of the Company, report an incorrect amount? APR?s explanation might be more credible if its ranking on the Jinjiang government tax lists were only slightly different from its reported taxes paid, or if a company employee reported an incorrect number in one or two years. 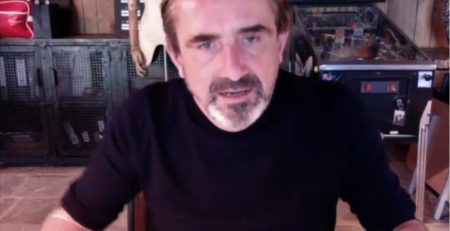 In this session, Aswath Damodaran continues to look at how to use multiples to price companies and control for differences, especially for young firms and across the entire market. Aswath... Read More