As 2016 draws to a close, we take a look at the key events impacting the hedge fund industry in 2016 and the leading topics that Preqin has covered in the past 12 months, using data from Hedge Fund Online.

2016 began with the S&P 500 Index experiencing its worst 10-day start to a year on record. Similarly, the FTSE 100 Index experienced its weakest first week since the turn of the century. Concerns about China’s economy and the People’s Bank of China’s decision to lower the yuan’s reference rate caused market turmoil across the globe, as Chinese markets were suspended twice in the fi rst week of 2016, with this investor panic spreading to the US where major publicly traded firms saw significant value wiped off their market capitalization.

In February’s issue of Hedge Fund Spotlight, we released the findings of our November 2015 fund manager survey, presenting their opinions on the industry and predictions for 2016. As seen in Fig. 2, nearly three-quarters (72%) of respondents predicted that the industry’s assets would grow over the course of the year, despite investors voicing concern about factors such as disappointing performance and high fees.

Over the first three-quarters of 2016, the industry’s assets have indeed grown, increasing 2.9% from December 2015 to $3.2tn (as of September 2016); however, this increase in AUM has been driven by the performance of hedge funds, rather than investors allocating to the industry. The Preqin All-Strategies Hedge Fund benchmark posted seven consecutive months of positive returns from March to September, amid the industry recording $67bn in net investor outflows as of Q3 2016, as institutions continued to evaluate their hedge fund holdings.

March saw significant trend reversals in the commodity and equity markets, with oil prices increasing and showing a significant recovery from the lows seen in February. However, CTAs, which had started the year strongly, returning 2.66% over the first two months of 2016, saw this positive performance streak end as the Preqin All-Strategies CTA benchmark posted -1.08% in March (Fig. 3).

In equity markets, the S&P 500, Hang Seng and DAX indices all posted strong monthly gains as commentary from central banks in Europe and the US seemed to encourage investors. These market conditions drove the Preqin All-Strategies Hedge Fund benchmark return to 2.40% in March, the highest single monthly performance since January 2013.

In mid-April, the trustees of New York City Employees’ Retirement System (NYCERS) voted to exit its $1.5bn portfolio of hedge fund assets. The US-based institution, which began investing in hedge funds in 2010, cited performance objectives not being met by its hedge fund investments as one of the reasons for its disinvestment.

In April, we released our US Public Pension Funds Update, which took a closer look at the universe of US-based public pension funds active in hedge funds and the role that these institutions play in the industry. Fig. 4, taken from this report, shows that since 2010 the average allocation to hedge funds of US-based public pension funds as a percentage of total AUM has increased annually, with the exception of 2012.

The fees charged by hedge funds have been a hot topic throughout 2016 and May saw one $1bn Club manager announce a reduction in the level of fees charged to investors in their fl agship fund. In a letter to investors, Connecticut-based Tudor Investment Corporation, which operates $10.9bn in AUM (as of June 2016), announced that the management and performance fees charged to a share class in one of its biggest funds were being reduced by 50 basis points and 200 basis points to 2.25% and 25% respectively.

On 23 June the UK voted to leave the EU, sparking significant market volatility the following day as the result was announced and the world reacted to this news. Within 24 hours, over $2tn in global stock value was lost, the value of the pound against the US dollar dropped to a 31-year low and credit rating agencies downgraded the UK’s rating. While Europe-focused hedge funds were the most affected by the market volatility caused by the Brexit vote (Fig. 6), hedge funds focused on other regions limited their downside, as the Preqin All-Strategies Hedge Fund benchmark ended June with neutral performance, returning 0.03%.

Visium Asset Management, a New York-based hedge fund manager that managed nearly $8bn in assets at the beginning of 2016, announced to its investors in June that it was closing and several funds were to be liquidated. The announcement came as Visium was underperforming the market in 2016 and accused of mismarking securities and insider trading. Initially, it was announced that Visium’s multi-sector hedge fund was to be sold to AllianceBernstein; however, this deal fell through in July.

In July’s currency markets, the pound hit a new 31-year low as continued investor concerns about the UK’s fi nancial stability after Brexit weighed on major currency pairings. On the back of the Brexit-induced market conditions, investors appeared to flock to ‘safe-haven’ assets as yields on US treasury notes hit an all-time low and the price of gold was also driven to a twoyear high. However, stock markets saw a recovery from the losses incurred in the immediate aftermath of the Brexit vote as the S&P 500 reached a record high.

July saw the release of Preqin Special Report: Hedge Fund Manager Outlook, which provided insight into the views and opinions of over 270 hedge fund professionals. As seen in Fig. 7, a signifi cant 45% of fund managers predicted that by the end of 2016, the Preqin All-Strategies Hedge Fund benchmark would be approximately 2-3%. With one month of performance left in the year, the benchmark currently sits at 6.34% (page 8), with event driven strategies the highest performing substrategy in 2016 so far.

In the fi rst week of August, another US-based public pension fund announced it intended to reduce its exposure to hedge funds. Following in the footsteps of NYCERS, New Jersey State Investment Council announced that it had lowered its target hedge fund allocation from 12.5% to 6%, citing the need to reduce the amount of fees charged on its investments and reduce the risk of its portfolio.

The fi nal day of August saw the announcement that the then president of Brazil, Dilma Rousseff, had been impeached by the Brazilian Senate. As the announcement was largely expected, the market reaction was relatively steady, as Latin America-focused hedge funds gained 1.51% for the month, finishing August with a YTD return of 16.28%, nearly 12 percentage points higher than the Preqin All-Strategies Hedge Fund benchmark (Fig. 8).

Hedge funds returned 3.93% in Q3 2016, representing the best quarterly return since Q1 2013 and outperforming the S&P 500 for the second consecutive quarter (Fig. 9). September marked the seventh consecutive month of positive hedge fund performance; however, this run ended in the following month, with hedge funds returning -0.09% in October.

After 28 years in the hedge fund industry, in September 2016 Richard Perry announced that his New York-based firm, Perry Capital, will be liquidating its funds and returning capital to investors, stating that “industry and market headwinds against us have been strong”. Founded in 1988, Perry Capital’s assets peaked in 2007 at over $15bn.

October was a challenging month for the hedge fund industry, with both the Preqin All-Strategies Hedge Fund and CTA benchmarks posting negative returns of -0.09% and -1.37% respectively. As of October 2016, CTAs had posted three consecutive months of negative returns, generating a loss of -3.85% and erasing the gains of 3.62% made in the first seven months of the year.

In October, Preqin launched its new Investor Map on Hedge Fund Online. This map pinpoints the precise location of all the institutional investors tracked by Preqin and is an indispensable tool for anyone planning trips to visit investors or conducting analysis on the industry.

In November, Preqin released its Q3 2016 Hedge Fund Asset Flows update, which provided key insight into how investors had been altering their hedge fund holdings over the first threequarters of 2016. The hedge fund industry had grown 2.9% since December 2015, despite investors recording net outflows of $66.7bn up to the end of Q3 2016 (Fig. 11).

Investor sentiment towards CTAs seems strikingly different to that of hedge funds: CTAs have seen six consecutive quarters of net inflows since Q3 2015 and have attracted $27.1bn of new capital since the start of 2016, as investors look for sources of uncorrelated returns.

1 December saw significant increases in oil prices following a deal between the Organization of the Petroleum Exporting Countries (OPEC) and Russia to restrict output in an attempt to reduce the global supply glut; the deal represents Russia’s first co-ordinated move with the oil cartel for 15 years. The news was also positively received in equity markets, with BP’s shares jumping 2.4% as investors reacted to the deal.

The final month of 2016 saw the release of Preqin Special Report: Impact of Brexit on Hedge Funds. Using surveys conducted by Preqin throughout the year, we provided insight into how fund managers were affected by the vote, as well as their future plans for investment in the UK and EU. In terms of performance, just 26% of fund managers noted that the vote had impacted the performance of their hedge funds in the run up to the referendum; however, in the immediate aftermath of the vote, as well as during H2 2016, fund managers saw their performance more affected by this event (Fig. 12). However, during H2 2016 a larger proportion of respondents reported a positive rather than a negative effect on performance (32% vs. 21% respectively).

November was a positive month for the Preqin All-Strategies Hedge Fund benchmark, adding 1.00%. Funds employing an activist trading style returned 2.34% in November, while event driven strategies were the highest performing top-level strategy, returning 2.34%. North America-focused funds, which gained 2.89% in November, outperformed all other top-level regions, perhaps benefitting from the rally in equity markets in the wake of the US presidential election.

Conversely, fears of a possible greater level of protectionism in the US and a subsequent reduction in trade led to declines in emerging market equities during November. The impact of this was seen in the Preqin All-Emerging Markets Hedge Fund benchmark, down 1.73%, which is its first negative return since February 2016. CTAs remained largely fl at for November (+0.07%), while UCITS funds struggled, losing 0.49%. With just one month left of 2016, hedge funds look set to outperform the 2015 Preqin All-Strategies Hedge Fund benchmark of 2.08%, with the current YTD return of 6.34% marking a significant improvement in the performance of the asset class. 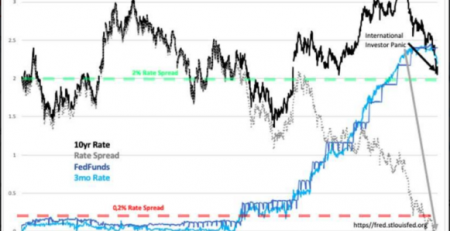 “Davidson” submits: Q1 hedge fund letters, conference, scoops etc Panic has driven the 3mo/10yr Treasury spread to -0.18% (negative 18bps). The talk is about the Fed cutting rates, when and how... Read More 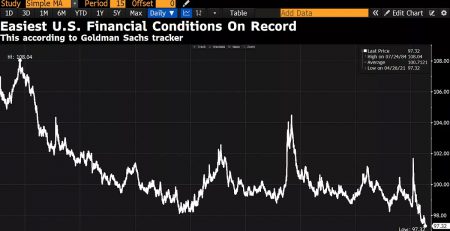 Remember, you don’t get any money just because you know why the market is going up or down. You only get money if your plan has positioned you to... Read More 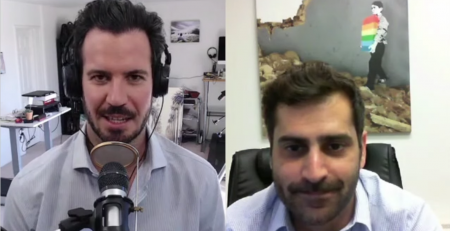 During his recent interview with Tobias, Sahm Adrangi of Kerrisdale Capital discusses how he came across a number of successful opportunities in Chinese reverse merger frauds. Here’s an excerpt... Read More 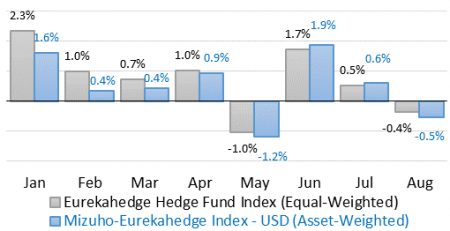