The Home Depot, Inc. (NYSE:HD) CEO Frank Blake spoke with FOX Business Network’s (FBN) Liz Claman about how the company is doing and about the state of the housing market. In discussing the company’s performance, Blake said, “We are doing well… it’s not a recovery, but a kind of thawing out.” Blake also addressed the impact of the Federal Reserve launching QE3, saying that their pro-business is finally starting to recover after getting hit hard during the downturn, but that it is “not growing as fast as the consumer business.” Blake also said Florida, California and Arizona, or “the hardest hit areas” are also starting to recover.

On how the company is doing:

On whether business has been improving since the Fed launched QE3:

“About 35 percent of our sales go to pros and the other side is consumer do-it-yourself, and our pro-business got hit particularly hard during the downturn and we are starting – now really towards the end of last year and through this year – to see our pro-business recover. It’s not growing as fast as the consumer business, but it is growing which is a positive for us. We had some really nice weather in the back half of 2011, so it’s always a little difficult to tease out how much of that is the market recovering versus weather but now we’ve seen it for a few quarters consistently so that kind of growth is a modestly encouraging factor. The other thing we’re seeing regionally is the hardest hit areas – so Florida, California, Arizona – are starting to recover. Florida and California in the last quarter had growth equal to or slightly better than the rest of the business so that’s an encouraging factor. On the Fed, housing has never been more affordable than it is now. It is just going to be a slow thaw as credit becomes available for consumers to be able to take advantage of the affordability.”

On whether they can prove analysts wrong about saying The Home Depot, Inc. (NYSE:HD) will stumble:

“It’s our job to prove them wrong. We’re making a lot of investments in the business. We’ve basically restructured our entire supply chain and are making heavy investments in IT and in our people and it’s our job not to stumble.” 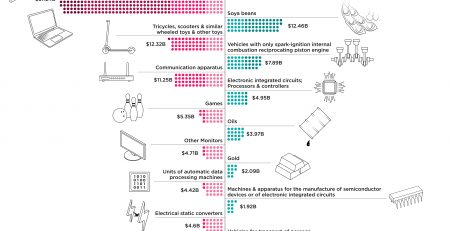 Ron Baron review and outlook for the third quarter 2014. Ron Baron - Review “With so many global uncertainties, why aren’t stock prices falling?” Numerous advisors. Summer2014. That was the question investors... Read More