HSBC Holdings plc (NYSE:HBC) (LON:HSBA)  has completed the sale of its 15.6 percent stake in the Chinese insurance company, Pin An. The U.K-based bank wrapped up the final parts of the deal just in time today (February 1) before the deadline. According to the provisions of the deal, taking the negotiations past midnight, Hong Kong time, would have resulted in the termination of the deal for HSBC and  Ping An.

The delay to the final day had caused uncertainty over whether the deal was going to go through. Nonetheless, the company managed to wrap up the deal and will now receive $9.4 billion in  proceeds. According to reports, the bank expects to receive post tax profit of about $2.5 billion from the deal.

HSBC had been waiting for the China Insurance Regulatory Commission (CIRC) approval, as a final step in wrapping up the deal. According to regulation, as published by HSBC, “Second Completion is conditional only on receipt of CIRC approval. If CIRC approval has not been received by 11:59 p.m. Hong Kong time on 1 February 2013 and the parties to the agreement have not agreed in writing to an extension, the parties’ obligations in respect of Second Completion will terminate with immediate effect”. This sounds like a lucky escape for HSBC.

However, not everyone was happy about the way the deal was completed.

In the report, Gordon wrote, “Ultimately it came as a surprise – and a mild disappointment – that regulatory approval arrived at  the 11th hour to facilitate completion of the agreed disposal of HSBC Holdings plc (NYSE:HBC) (LON:HSBA)’s 15.6% stake in Ping An at HK$59 per share. We were fully supportive of the strategic rationale for exiting Ping An, but with the shares now trading at HK$71 we would have preferred HSBC to be free to walk away from a deal which was set to lapse this afternoon and seek to obtain a higher price elsewhere – a trick which HSBC has performed before!”

HSBC has indeed been involved in similar circumstances in the past, including 2007, when it timed the sale of its London HQ to perfection, pocketing the down-payment as the purchaser failed to meet the deadline. This time around, CP Group, the buyer of the 15.6 percent stake will likely go home the happier of the two parties.

Gordon argues that the Disposal of Ping An investment at the rate received from CP Group could have been higher, had HSBC opted to wait for the deal to lapse before completion, which would have opened doors for better bids. The disposal also foregoes a $1 billion contribution to the Associates line in 2013 (expected) and beyond. Nonetheless, the deal does make sense in terms of strategy. While there were some synergy benefits associated with Ping An investment,” HSBC can now primarily focus its resources on its own organic build-out and its continuing partnership with, and stake in, BoCom”, writes Gordon. 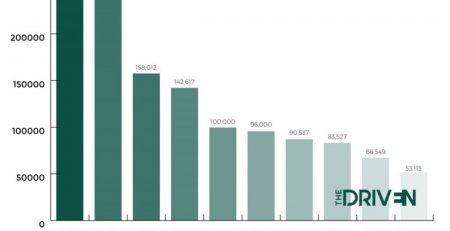 Having replaced savings with debt on both the national and individual levels, I think it's well past time for Westerners to take a few lessons from our creditors in... Read More